TreeFall Studios on bringing The Gem Collector to Wii U, and seeking talent for new Kickstarter

Here’s a double dose of news from Pure Nintendo – earlier we reported on Indie game The Gem Collector being a ‘likely candidate to see a Wii U port if it performed well enough in sales’.  It looks like that time is near, as TreeFall Studios has teased the game on their social media accounts.  Studio founder Eli Brewer told Pure Nintendo that, while not totally confirmed, a port is being planned with a “high possibility of release”  He explained – 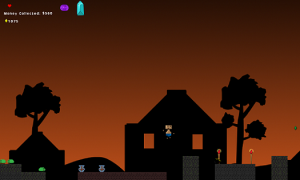 “I am most likely going to be porting The Gem Collector to Wii U! This version will have Wii U gamepad specific controls, include the upcoming DLC for free, and feature at least 6 new Wii U only levels! It will be called The Gem Collector Master Edition or something!”

In further TreeFall news – Would you like to play a role in building a Wii U game?  If so, the growing indie team might be looking for you.  The licensed Nintendo developer is now hiring additional staff in preparation for its brand new Wii U title.

Brewer told Pure Nintendo “We are now hiring for an environmental concept artist to really get us some great looking promotional material before we launch our game for WiiU!  We have a character artist now but not a strong environment artist.  This is just a part time position before and after the Kickstarter” 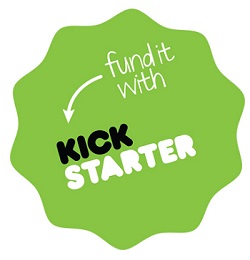 Yes, the new game will seek funding via Kickstarter.  TreeFallStudios has already had Kickstarter success, where two of their games (Journey of a Special Average Balloon & Night Detective) achieved funding.  The studio is looking to continue their run with this new Wii U project.

Some of the Pure Nintendo staff was fortunate enough to get a glimpse at their new Wii U project in progress.  Want to learn more?  You’ll have to stay tuned to Pure Nintendo – or apply at TreeFallStudios.

To learn more about what kind of games TreeFallStudios has made, click here.

If you’d like to apply and send a résumé or portfolio of your work to TreeFallStudios@gmail.com .