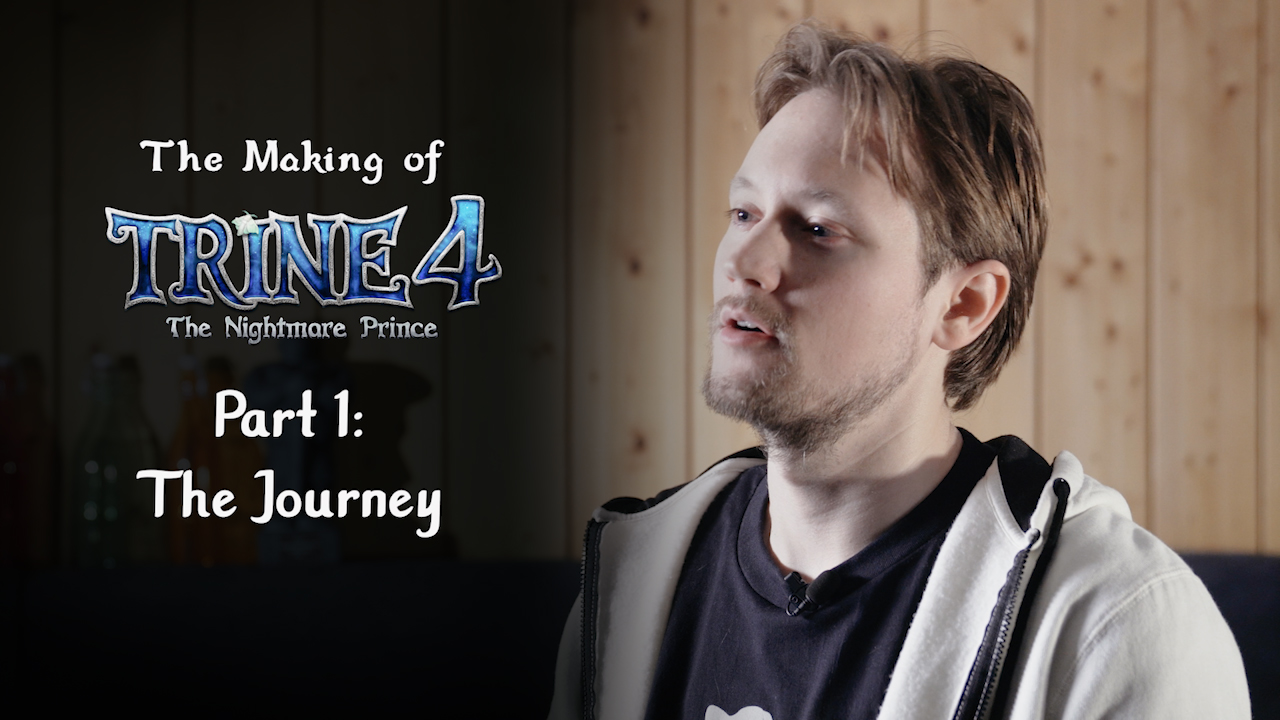 Modus Games has released a new video featuring developer Frozenbyte in a behind-the-scenes look at the upcoming and highly anticipated Trine 4: The Nightmare Prince.

In the video, Frozenbyte reflects on their decade-long career and discusses how the studio has refocused itself. Based in Helsinki, Finland, the team has returned to its roots to bring fans the most robust and complete Trine game to date. The game promises a mesmerizing soundtrack, beautiful backdrops, revamped combat system and more. It’s safe to say that we’re excited to see it in action for ourselves.

The video is part of the team’s Indie Access series, marking the first in the series. Check it out below.

Trine 4: The Nightmare Prince will feature an all-new story that reunites Amadeus, Pontius, and Zoya. The game returns to the magical 2.5D world of puzzle-platforming gameplay that defined Trine 1 and 2. Players can use one of three iconic heroes in what’s set to be the most extensive Trine adventure yet.

The story involves the reunited Astral Academy requesting help to find Prince Selius, whose intensely dark nightmares have slipped into reality and wreaked havoc on the waking world. Players will encounter epic boss fights, puzzles, new skills, and a haunting new soundtrack by the composer of Trine 1-3. We’re also excited to learn that Trine 4 allows for up to four players in co-op mode.

Here’s the full rundown of features:

The magic of Trine 4: The Nightmare Prince will hit the Nintendo Switch this fall.

What’s your favorite Trine moment? Let us know all your thoughts on Trine 4 and its development in the comment section.