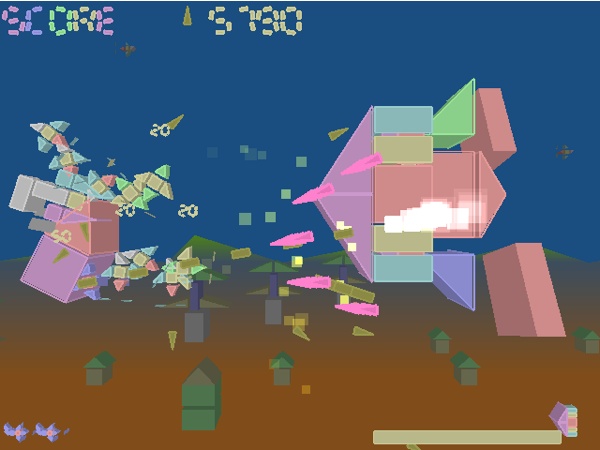 In Tumiki Fighters you pilot a plane made out of toy blocks and shoot other toy block flying machines. When you destroy a ship it starts to fall of screen, but you can “catch” it before it disappears. If you catch it the parts of the fallen fighter meld with your tiny plane and you’re granted extra firepower plus protection where the fallen ship sticks to you. As you move further in the game you start collecting larger ships and eventually your plane is an amalgamation of all the enemies you shot down. It’s free to check out for the PC, but recently Tumiki Fighters appeared in a retailer’s database with Majesco as the publisher. This could be a Wii-make of Tumiki Fighters or the other (dismal!) possibility is that it’s an all new game that’s using the same name.