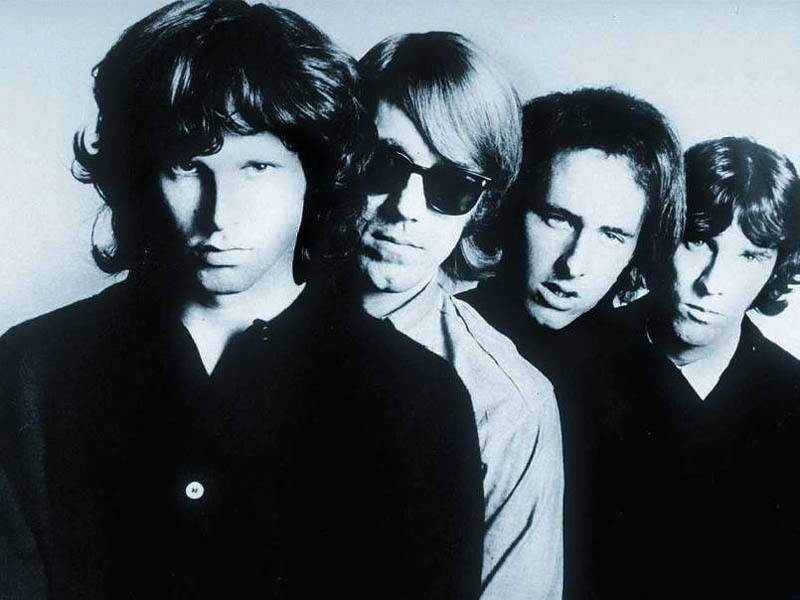 Cambridge, Mass. – Oct. 22, 2010 – Harmonix and MTV Games today announced that 12 of The Doors’ greatest hits, including three tracks with Pro Guitar and Pro Bass, will be added Oct. 26 to the Rock Band 3 Music Store of downloadable content for the Xbox 360® video game and entertainment system from Microsoft, PlayStation®3 computer entertainment system and Wii™.
To celebrate the release of Rock Band 3 on Oct. 26 in North America and Oct. 29 in the rest of the world, MTV Games and Harmonix are giving away three of The Doors songs for one week to any fan that purchases Rock Band 3 and plays online. From Oct. 26 to Nov. 1, players will be able to download “Light My Fire,” “Riders on the Storm” and “Touch Me,” along with the Pro Guitar and Pro Bass add-ons for each song, for free though the Rock Band 3 in-game music store.

Rock Band provides the deepest and best selection of artists, songs and albums through the Rock Band music platform, which features more than 800 artists and more than 2,000* tracks via disc and download purchase (complete list of tracks at www.rockband.com/music). To date, more than 75 million songs have been sold through the Rock Band Music Store since its launch Nov. 20, 2007. Rock Band 3 will be available Oct. 26 in North America and Oct. 29 in Europe, Australia, New Zealand and other territories for Xbox 360, PlayStation 3 system, Wii and Nintendo DS™ followed by more weekly content additions to the Rock Band Music Store. Rock Band’s gigantic music library dwarfs that of any other rhythm video game on the market. Find more information on how to pre-order Rock Band 3 today here.

Rock Band DLC Additions for Xbox 360, PlayStation 3 system and Wii
The Doors formed in 1965 in Los Angeles, composed of enigmatic front man Jim Morrison, keyboardist Ray Manzarek, drummer John Densmore and guitarist Robby Krieger. Although the band was only active for six years, they have sold almost 100 million albums worldwide. The band is hailed as one of the most popular and influential rock bands of all time.
On Oct. 26, 12 of The Doors’ most-loved songs, including three tracks with the Pro Guitar and Pro Bass feature, will be added to the Rock Band 3 Music Store of downloadable content for the Xbox 360, PlayStation 3 system and Wii. It was previously announced that The Doors’ quintessential song, “Break On Through (To the Other Side)” is featured in the on-disc soundtrack of Rock Band 3 and is also the soundtrack for the game’s opening cinematic clip.

A three-pack of songs that feature Pro Guitar and Pro Bass upgrade downloads will be available for free to fans that purchase Rock Band 3 and play online during the first week the game is available (Oct. 26 – Nov. 1). The free pack, which is available only through the Rock Band 3 in-game Music Store, includes “Light My Fire,” “Riders on the Storm” and “Touch Me,” which incorporate five-button guitar and bass, Drums, Pro Drums and Keys, Pro Keys and harmonies, where applicable, as well as a free expansion that will add Pro Guitar and Pro Bass parts.

Additionally, a nine-pack of songs from The Doors will also be available for download next week. This includes some of the classic rockers’ most-loved songs, like “Hello, I Love You,” “L.A. Woman,” “Love Her Madly” and “Roadhouse Blues,” all featuring Drums, Pro Drums, five-button guitar and bass parts and, where applicable, harmonies and Keys/Pro Keys parts.

Beginning Nov. 2, The Doors’ Rock Band downloads will be available for purchase only as individual songs or in a bundle of all 12 songs.

On Nov. 22, The Doors – Live In Vancouver, a two-disc set of previously unreleased live recordings from June 6, 1970, at the Pacific Coliseum in Vancouver, British Columbia, will be released by Rhino and Bright Midnight Archives. The set features a guest performance by Albert King on four songs and includes “When The Music’s Over,” “Five To One,” an extended version of “Light My Fire” and much more from this historic performance. Suggested pricing is $19.98 (CD) and $13.99 (digital). More details are available at http://thedoors.shop.musictoday.com/Dept.aspx?cp=1127_40995.

(These tracks will be available in Europe on PlayStation 3 system Oct. 27)

*Available on-disc, via download and disc export. Internet connection and export key purchase required. Wii has over 1,500 song tracks available for purchase on the Rock Band platform on-disc, via song import, and download. Not applicable to Nintendo DS.