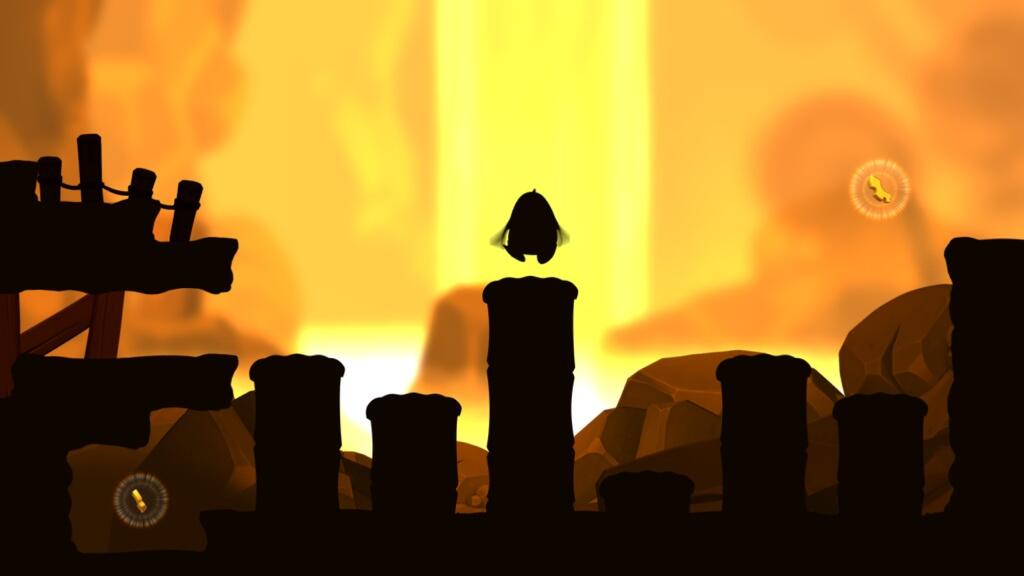 Today gamers received some sad news coming out of indie developer Two Tribes.  Most of the staff has been sent home, read laid off, and the company will be undergoing a reboot.  All that remain from Two Tribes are the co-founders Martijn Reuvers and Collin van Ginkel along with a small development team.  This remaining, much smaller, team of Two Tribes employees will be working to finish their next game, a 2D side scrolling shooter, using the Toki Tori 2+ game engine.  Two Tribes hopes to finish this side scrolling shooter in less time and focus more on design elements in the game.

Two Tribes is responsible for bringing us games such as Toki Tori, Toki Tori 2, Edge, and Rush, which can all be found on the Wii U eShop.  Pure Nintendo wishes everyone at Two Tribes and who is formerly of Two Tribes the best of luck.  We look forward to seeing what rises from the ashes that was Two Tribes.  The full message from Two Tribes can be viewed at their website.  We have also provided the text from their page below.

Turns out we aren’t as good at selling games as we thought! It’s time for a radical change!

Looking at our busy release schedule you probably wouldn’t have guessed, but in the last two months of 2013 our office has been largely empty.

There was no programming, no designing, no fun to be had, just co-founders Martijn and Collin taking care of the business end of things. In this case the ‘business end’ can be taken quite literally. The old Two Tribes, founded in 2001, doesn’t exist anymore and we had to send everyone home.

Before we go into details…

With that out of the way, let’s say goodbye first.

We’ve been making games for more than 13 years, so you can imagine how much it – quite frankly – sucks when after a four minute meeting at the courthouse, the company we built was no more. At the same time, we knew we were kinda stuck in the past and this was our chance to change things drastically.

In 2009 we started the transition from doing work for hire to becoming the Indie studio we had always wanted to be. We’re super proud of what we’ve achieved in recent years, but the company that resulted from that transition still held on to too many ideas and values from the old days. It’s difficult to make fundamental changes, but late October last year we had no other option. When Toki Tori 2 ended up taking way longer than expected and not achieving the sales we needed, it basically took the company down with it.

There’s a lot to learn from what went wrong and what we could have done better and we’ll definitely write up a few blog-posts in the future on that! But now it’s time to move forward and look to the future!

For the outside world nothing much will change. Two Tribes Publishing is still in good shape and all our previous games will remain for sale. With the support of you, our players, the games will supply the funding for our new titles which will be released under the Two Tribes name.

We’ve got a ton of hindsight to work with and we’re going to be applying the lessons we learned to the new Two Tribes. Behind the scenes things will change quite a bit. We’ve decided to move away from creating custom technology and focus on what’s readily available. As a result we’ll be working with a much smaller team on our next game, a 2D side scrolling shooter, which will be re-using the existing Toki Tori 2+ engine.

Our focus will be on the design of our games, which we plan on making more of in less time than before.

We know it has been a rough couple of months for everyone involved, most of our natives spent between four and nine years of their lives at Two Tribes.

We want to take this opportunity to thank – in no particular order – Eelke, Hessel, Meinte, Marco, Jeroen, Paul, Jay and Shan for being super understanding and showing true character by sticking with us until the very last moment. You guys and girl have been the backbone of Two Tribes for many years and for us it feels like saying goodbye to friends instead of co-workers. You’ll be missed! We hope that you land safely at some awesome company of your choosing!