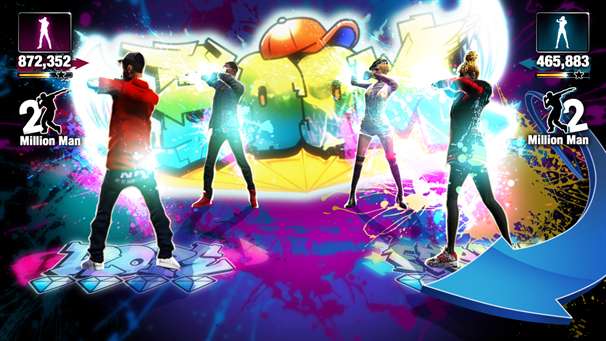 Ubisoft teamed up with several world-renowned hip-hop choreographers, including Laurieann Gibson and Dave Scott. Gibson, a VMA-winning choreographer who also serves as creative director for Nicki Minaj, and Scott, choreographer for the immensely popular TV show So You Think You Can Dance, both contributed original moves for the game, which allows players to perform over 750 dance moves.

The Hip Hop Dance Experience includes an array of new features and game modes that will keep players dancing for hours. Whether you’re a rookie or a seasoned pro, players will progress through a variety of dance moves that vary in level of difficulty. Multiplayer gameplay modes allow multiple players of different skill sets to play together, battling it out with up to four of their friends.

Live performance footage and authentic music videos add another dimension to gameplay as they accompany the choreography, transforming your living room into a real-time music video. Players are also able to customize their in-game avatars with hundreds of looks to creatively express their own individuality.

For the latest information on The Hip Hop Dance Experience, please visit: TheHipHopDanceExperience.com