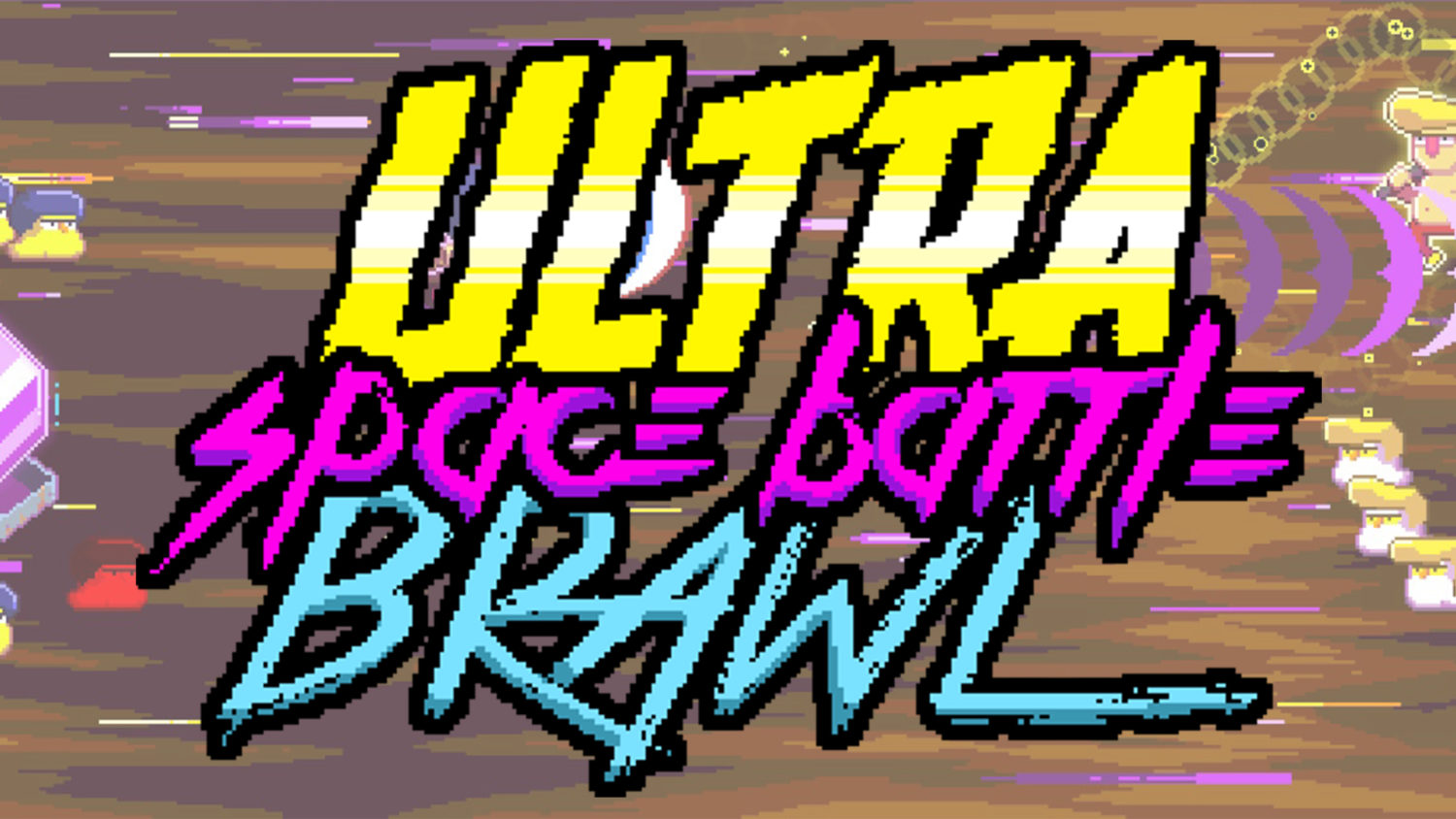 Truth in advertising is rare as far as games are concerned. But on occasion, a title like Ultra Space Battle Brawl provides exactly what it says it will. 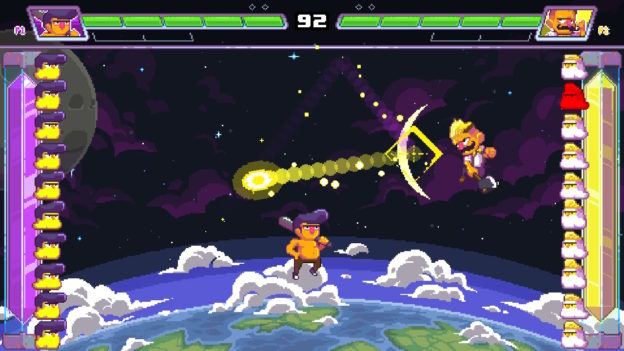 This Switch indie title sells itself as a couch party game that “combines Pong, fighting game, and the spirit of having fun together in an 80s over-the-top aesthetic infused steroid.” I could end the review here, because I don’t disagree with this over-written tagline one bit. But perhaps I can flesh out a little more perspective.

While this isn’t a fighting game, everything from the story (intergalactic tourney to determine the fate of the player you choose) to the character select screen reeks of Street Fighter II. And like that classic 2D fighter, the main story campaign is arranged like any great tournament mode.

Each level, you must slap a ball towards your opponent’s side of the field, knocking it into a yellow crystal. At the same time, you must defend against your opponent doing the same. Luckily, each of you have weird little blob minions that work as makeshift goalies. They disappear after a few hits of the brawl ball, so don’t count on them to be anything but canon fodder.

Ultra Space Battle Brawl lets you play as ten different teenagers who would make The Breakfast Club look well adjusted. Don’t look for the princess and jock archetypes here. Among the teens you can play as are the purple pompadour muscle chubster Djwarwani and manic aspiring cook Tumini. Each comes with their very own special move that provides a fair amount of variety when it comes to building different strategies.

Yes, this all seems pretty simple, but the same thing can be said for Tetris. And it’s impossible to play that game without at least a little panic. Ultra Space Battle Brawl is just as tense, in the Tetris sense. The playing field will vary, which will make keeping your space crystal intact more difficult as you progress. I’ll also point out that halfway through the story mode there’s a massive difficulty swing, which made things annoying to say the least. Thankfully, like any great arcade-like game, you can continue as much as you want, no quarters required. 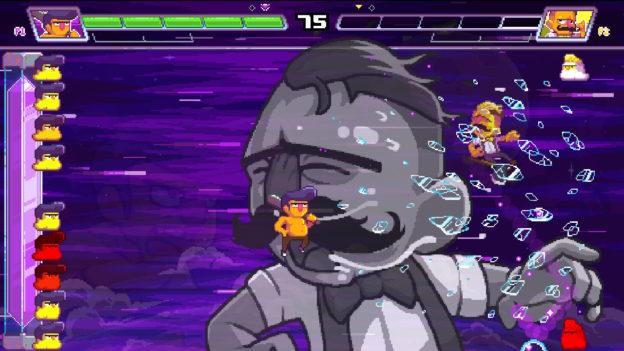 Toge Productions isn’t kidding around with the whole ‘80s aesthetic thing. Everything has a tacky, day-glo sheen, and even the font choice looks like it would be at home in a Crystal Pepsi magazine ad. If you find yourself rocking out to the game tunes, it’s likely because they were spun by the great Manami Matsumae of the Mega Man series.

Ultra Space Battle Brawl is exactly what it says it is: an intergalactic Pong game on steroids. Hell, throw in a little Street Fighter II there for good measure. There’s an incredibly charming neon polish in every corner of this title, and the tense sports action is satisfying to say the least. If you’re looking for this generation’s Wind Jammers, Ultra Space Battle Brawl can’t be missed.