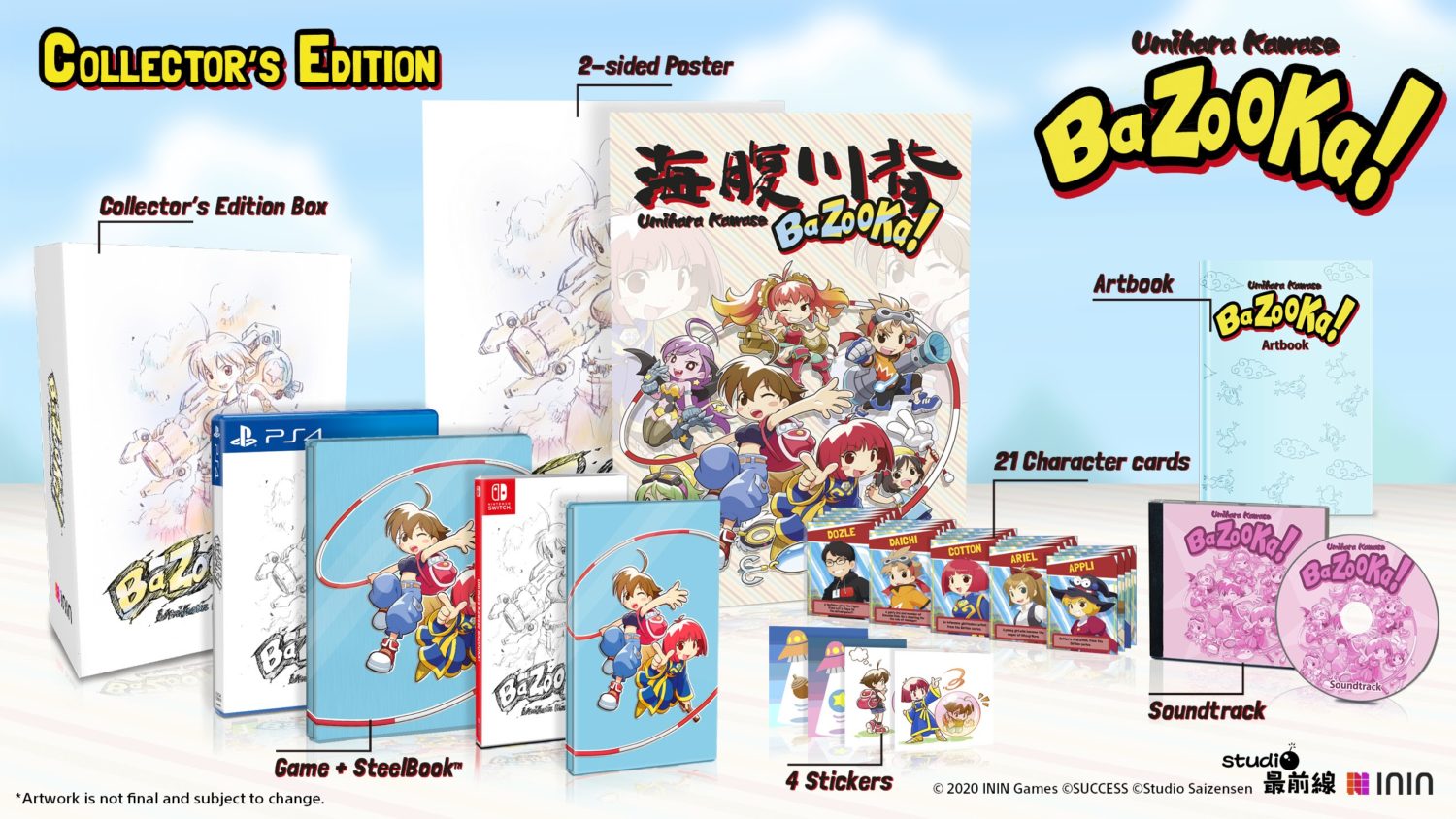 Umihara Kawase Bazooka! is getting physical

Umihara Kawase Bazooka! is getting physical

In Umihara Kawase BaZooKa!, players must clear the screen of enemies by performing combos with their bazooka and “an extraordinary fishing rod.”

The important part of this announcement, however, is availability of the three physical editions coming to Nintendo Switch.

The limited Umihara Kawase BaZooka! SteelBook® Edition for Nintendo Switch will include a manual, variant cover art, and original steelbook. It’s available exclusively from the Strictly Limited Games Partner Shop for €39.99 and is limited to 2,500 copies worldwide.