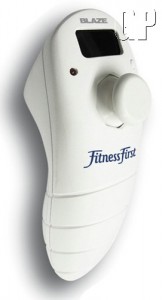 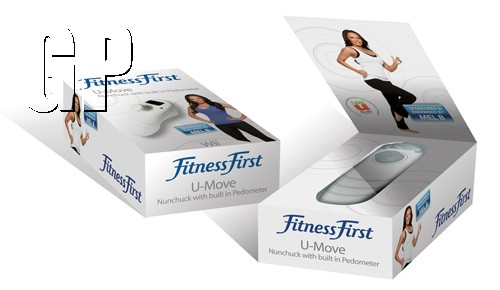 The U-Move Nintendo Wii nunchuck controller enables you to introduce a whole new level of realism to your Wii games. When using the U-Move controller you are required to move (by either jogging on the spot or by moving your arms around) to generate “energy” for your on-screen character – when you aren’t “moving” your thumb stick becomes “disabled” and your character will stop moving! In effect, you become part of the game and need to “run” if you want your character to run!
The U-Move controller works with ANY Nintendo Wii game that uses the thumb stick to control movement, below are just a few examples of games which you can introduce a new level of realism to on your Nintendo Wii console:
· Call Of Duty (see “BLAZE UMove” video on YouTube)
· Pro Evolution Soccer (see “BLAZE UMove” video on YouTube)
· Super Mario Galaxy 2 (see “BLAZE UMove” video on YouTube)
· Donkey Kong Country Returns
· Golden Eye 007
· NHL 2011
· Star Wars: The Force Unleashed 2
· FIFA 2011
· NBA Jam
· The Lord of The Rings Aragon’s Quest
· Resident Evil 4
· The Legend of Zelda: Ocarina of Time
· The Legend of Zelda: Twilight Princess
· Metroid Prime 3
· and ANY other Nintendo Wii game which uses the thumb stick to control movement

As well as all Wii fitness games such as:
· WiiFit
· Wii Fit Plus
· New U
· EA Sports Active
· and any other interactive fitness games which utilize the thumb stick controller

The U-Move controller also has a built in Pedometer which tracks your steps and the amount of calories you are burning – you now have the perfect excuse to play on any of your favourite Nintendo Wii games! “I’m working out!”

Jason Cooper, Chairman of BLAZE Europe commented:
“We are keen to develop and promote video gaming accessories that really make a difference to the fitness levels of gamers. The best exercise, is the exercise you don’t realise you are doing, and this is why we developed ‘U-Move’”

For more information and images about the UMove controller please visit:
http://www.blazeeurope.com/mel-b-fitness-first/u-move-motion-controller-with-built-in-pedometer/prod_126.html