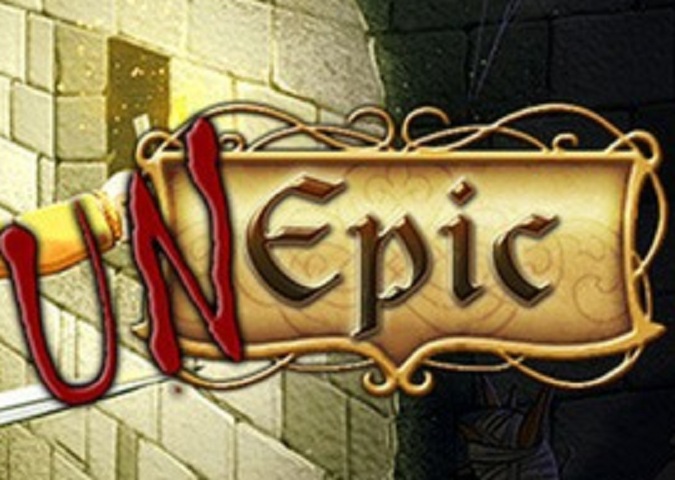 Earlier this month it was announced that Unepic would be coming to North America’s Wii U eShop January 16th. Today, EnjoyUp has announced that European Wii U owners will be able to download Unepic on January 23rd.

Unepic will be released on Thursday 23th January 2014 on the Nintendo eShop for Nintendo WiiU™. @unepic_fran @NintendoEurope

Unepic is a mixture of platform game, role game and joke that takes place in a huge castle of medieval fantasy.
It is set in the eighty’s style, but completed with the most actual features.

The hero is called Daniel, a normal guy from today: great videogame player, big lover of sci-fi movies and novice player of role games.
In the middle of a role game with his friends, he is teleported to a castle and he thinks that he is having a massive hallucination.
So he decides to run his own adventure until the hallucination ends.

In the castle, he will be possessed by a shadow, however this shadow cannot control him (being able only talk).
The only way of the shadow to escape from the Hero’s body is by the death of the Hero, so the shadow will lie
all the time giving false clues always looking for the Daniel’s death.

– 2D RPG with 200 rooms to explore
– 7 bosses, 70 spells and 100 weapons
– Funny story and dialogs with references to other films, comic…
– Quests, challenges, achievements and pets.
– Craft your own potions
– 4 levels of difficulty with 3 different ends
– English voices

5.3- “Special popular award” of GameLab 2011.
This award is given to the most voted Spanish game in a national vote in Spain.

Innovative developer in the gaming industry, EnjoyUp Games born with a team with more than 15 years of experience on the entertainment sector and the idea of revolutionize the concept of video game, a young company with strong principle of contribute with new and fun game forms.

Our philosophy is create new products that give new sensations to the player. We have
achieved this with our ambitious and original project Chronos Twins, a game never seen were the action runs on two screens at once with a new concept of time.

With these projects, EnjoyUp achieve his short-term objectives. With a look on the future on new and fascinating challenges, becoming a promising studio on the video game sector.