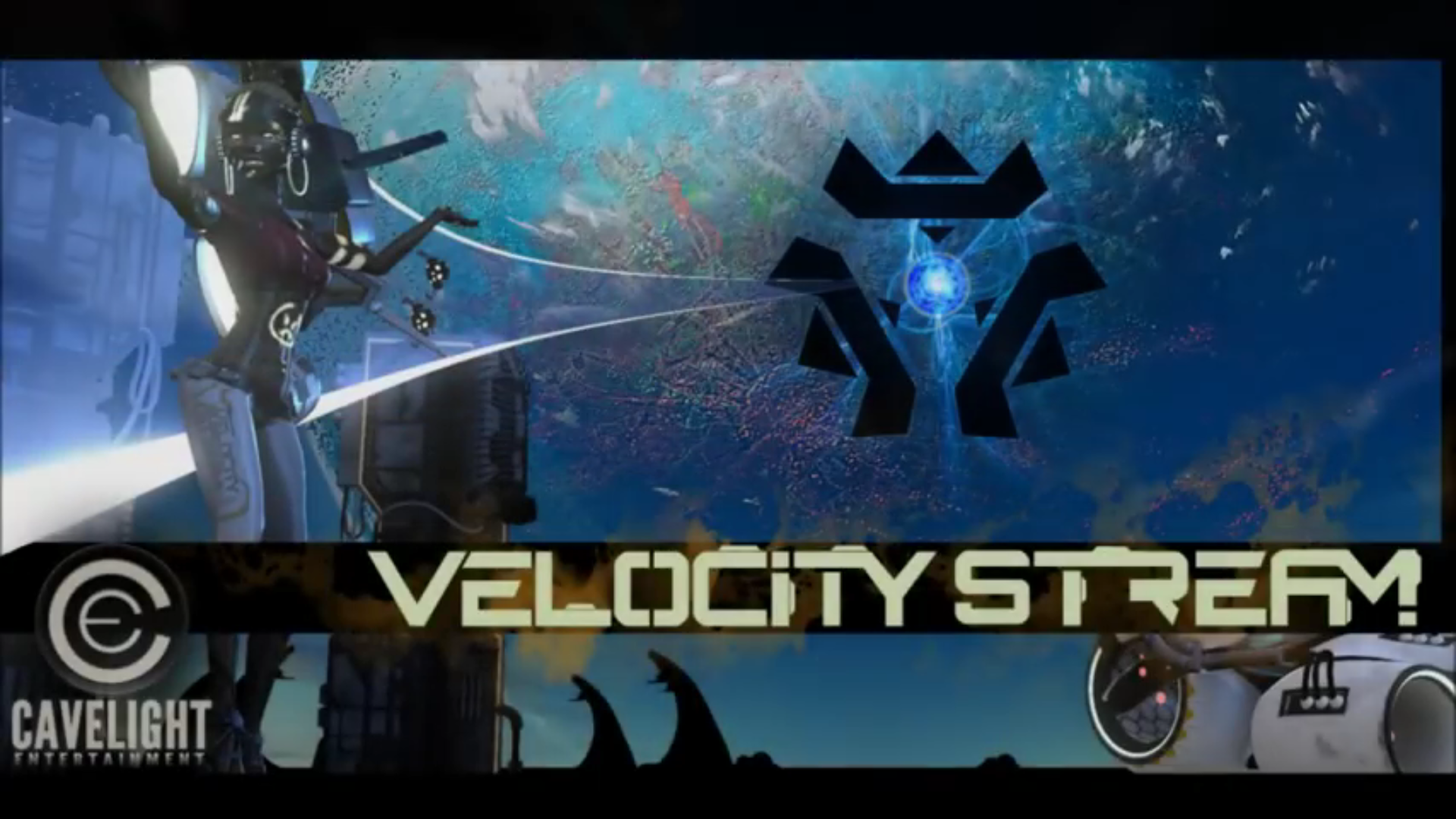 Velocity Stream Demo Coming To Wii U This Spring

Velocity Stream is a racing game that is currently in development by Swedish indie games studio Cavelight Entertainment.  Velocity Stream is no ordinary racing game, it is an asymmetric racing game.  The unique concept of Velocity Stream’s asymmetric qualities lies in the track creation.   One player takes control of a massive flying vehicle called the Paver and the other players are the racers.  The player controlling the Paver is tasked with laying down the track within the game environment and using aerial acrobatics to avoid obstacles within the game environment, as well as trip up the racers trying to catch up with it.  The racers only goal is to try and catch up with the Paver without flying off of the edge of the track.

With this Paver concept no two tracks are the same.  This means that the days of memorizing a track are long gone and racers will be relying entirely on their racing skills to catch up with the Paver.  Velocity Stream looks fantastic and the Paver concept sounds amazing.  Many racing game fans should take a look at Velocity Stream and the new ideas developer Cavelight Entertainment is bringing to the genre.  Luckily, racing fans may not have to wait too long to give Velocity Stream a spin because Cavelight plans on releasing a demo sometime this Spring.  They have not announced a release date for Velocity Stream or the demo but we will post more updates as new details are announced.