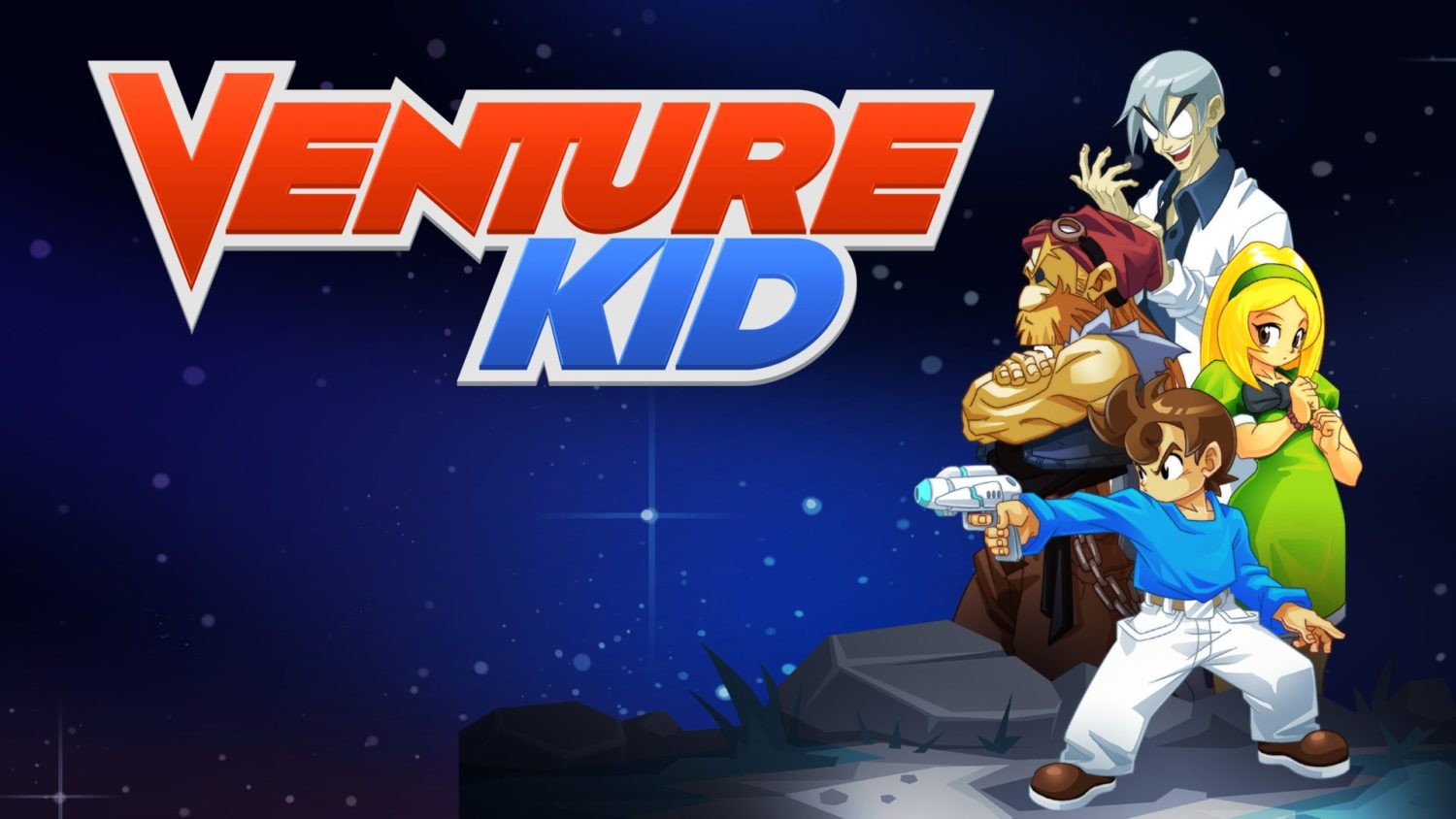 It’s not uncommon for indie titles to pay homage to the games that made your childhood magical. It’s tricky alchemy and often misses the mark. Luckily, this isn’t the case with Venture Kid. 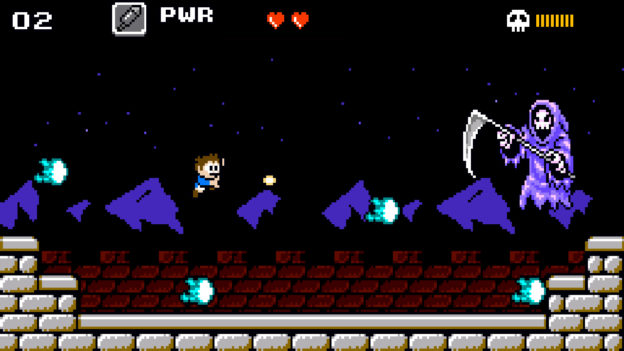 Anyone that watches a gameplay video and in some cases, a simple screenshot can tell you that Venture Kid is made in the vein of Mega Man. Even the story smacks of Mega Man. The evil Dr. Teklov is building a doomsday weapon from his space fortress. The heroic Andy has stepped up to stop him, after taking down the doctor’s robotic minions.

There are a few deviations of course, but nothing strays too far from the Mega Man formula. Each of the nine levels in Venture Kid is fresh and don’t have too much overlap, from a forest to an icy mountain, and of course, the one with lava. Andy is responsive and feels very much like Mega Man felt in his first two NES entries.

In fact, if you put a blue helmet on Andy, he’d look like a spitting image of the blue bomber. Even the enemies in the game have their Mega Man parallels, from the ones who hide behind shields or the annoying bat-shaped baddies. Beating bosses depended on memorizing patterns, which is an all too familiar dance at this point for Mega Man fans. After beating a boss, you receive a new weapon, which alleviates your journey some, and occasionally opens up secrets. You can also use new weapons to have an easier go at bosses. You know, the usual Mega Man tune we all know and love. The sub-weapons, however, was one aspect that left me wanting. They served their purpose in shaking up the variety, but none of them were terribly interesting.

While playing through Venture Kid and thoroughly enjoying myself, one word kept flashing in my head: deliberate. Developer Snikkado may have attempted to make a facsimile of classic NES Blue Bomber action. For me anyway, the attempt came shockingly close. Even the chiptune soundtrack made it feel like those Friday nights in the ‘90s, with a rented game from Blockbuster, a tall Mexican Coca-Cola, and a box full of Dunkaroos. 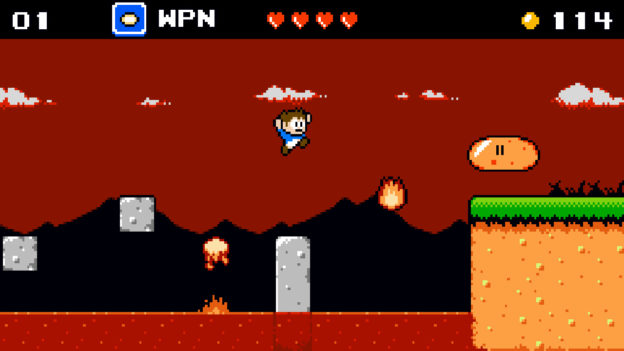 Unlike classic Mega Man, there’s something someone like me would have killed for in 1998: an easy mode. Classic fans can try their hands at normal and even hard mode if you’re into that sort of thing. Me? I’m what you call “Buster-challenged.”

Classic NES platforming fans, rejoice. Venture Kid succeeds where even Mega Man’s creator failed when trying to capture that classic Blue Bomber feel. Even with minor flaws, Venture Kid will scratch the itch for Mega Man, and if you’re lucky, scrub the memory of Might No. 9 from your brain.