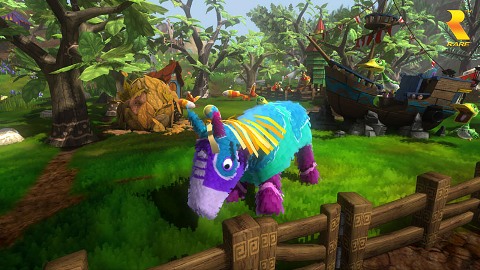 I usually don’t post on things Microsoft or Sony say, but this caught my eye. Microsoft Game Studios has made mention of both Viva Piñata and Kameo coming to the DS. Don’t believe me? Here’s the quote from them:

“A Kameo or a Viva Pinata on a DS makes a lot of sense in a lot of ways from a franchise perspective. I think it’s fair to say that we’re going to continue to invest in that property [Viva Pinata]. Whether that is in the form of a sequel, a product line extension or through merchandising, whatever the case may be, that’s something that we’re going to stick with.” ” Whether you’re talking about [publishing games on mobile] or the DS — you probably won’t see it on the PSP, though.” – Shane Kim Corporate Vice President for Microsoft Game Studios

Well, not sure if it will ever happen, but it’s a possibility. Microsoft may not like the idea however.