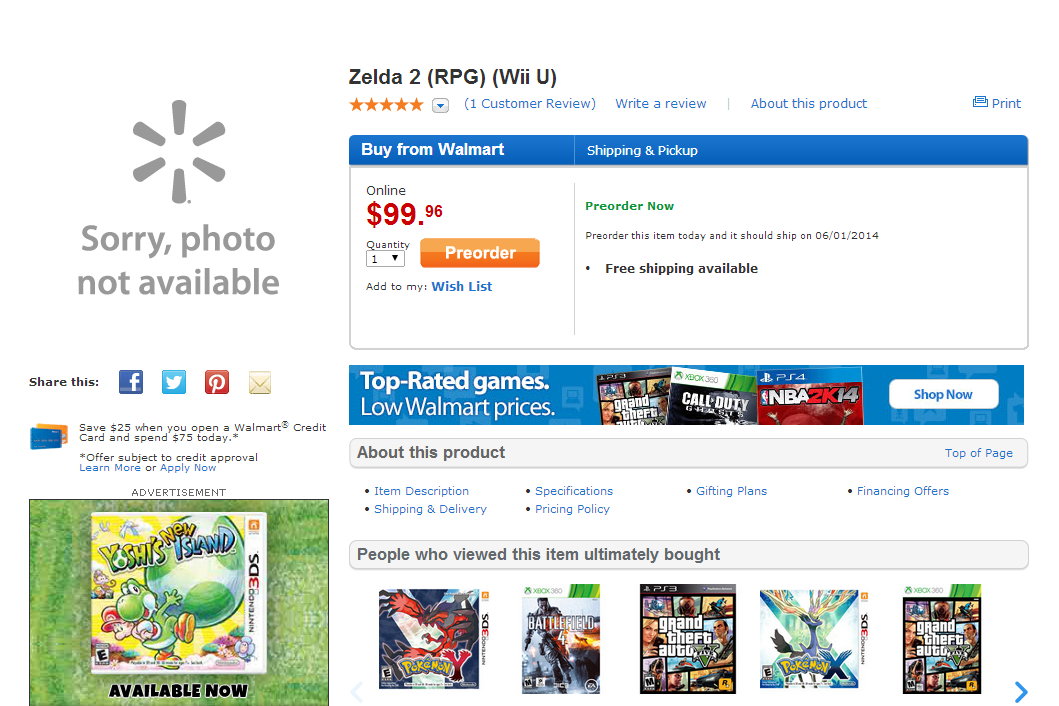 Retailer listings for games that are still deep in development or unannounced are very unreliable sources of information.  Even with the inaccuracy of most listings it is still fun to check them out and get conversations going.  The most recent listing to catch the attention of Nintendo fans is the Walmart.com that slates Zelda 2 for a Q4 2014 release.

In the item description, below, is where the Q4 release is noted despite having a 6/1/2014 shipping date in the ‘Shipping & Pickup’ information.

The Legend of Zelda Wii U (Working Title), a Nintendo console exclusive, is a pre-release general action game to be released in Q4 of 2014.
More information is on the way! Check back soon!

The full listing for Zelda 2 can be found at Walmart.com here.  Do you think The Legend of Zelda Wii U will release before the end of 2014?  What do you think of this listing on Walmart’s website?  Let us know in the comments below!

Wii U The Legend of Zelda
Comments
Submit a Comment