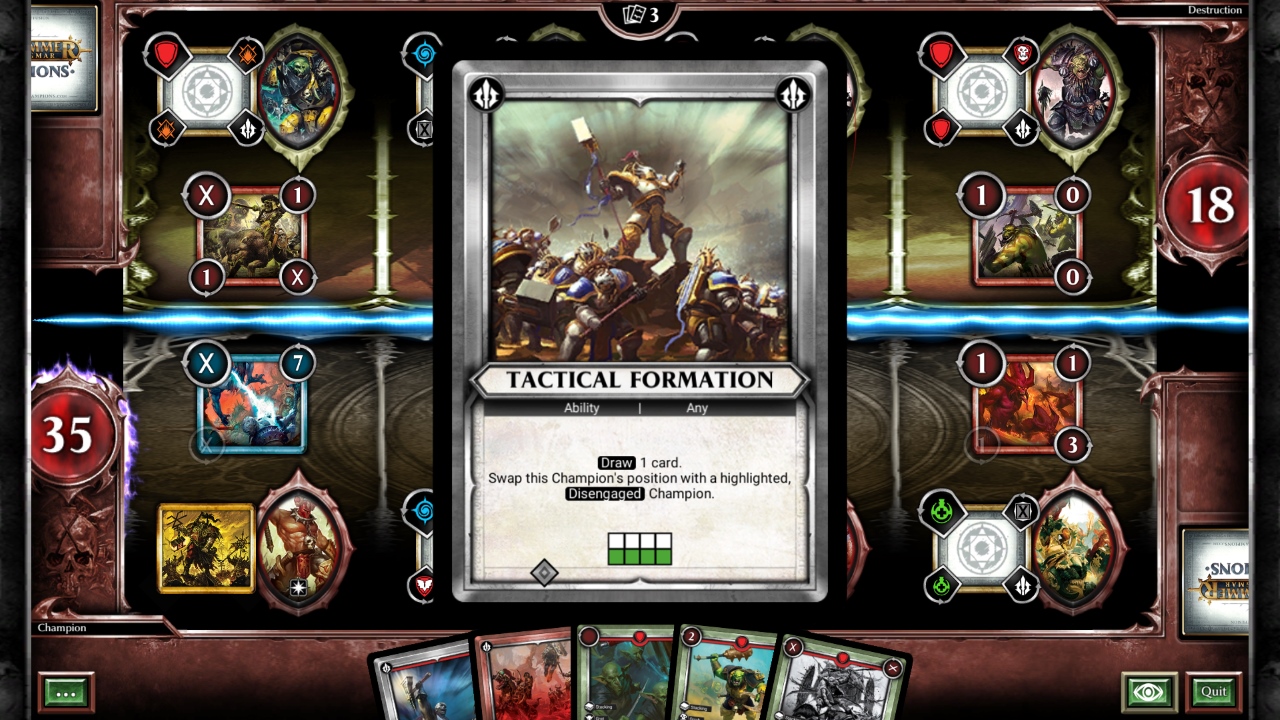 How, exactly? Players can simply use their mobile phone or tablet to scan their physical cards into their collection and take them into the battlefield on the Switch, where cross-play also supports the mobile and Steam versions of the game.

Harness the custom crafted decks from one of the four Grand Alliances and challenge friend or foe across the world and across platforms! The Nintendo Switch version supports full crossplay with Steam and Mobile devices. Players can also take Warhammer Age of Sigmar: Champions on the go, with joy-con and touch screen support, or at home!

In addition to the Switch release, players of all formats are getting some new content. A new single-player adventure, Realm Trials, provides dozens of hours of content in which players will fight legendary battles to conquer the Mortal Realms.

Drafting decks from 2 given alliances, players will craft their own from a random selection of cards and battle through a series of League rounds to gain entry to the prize Gauntlet. Be careful not to lose, else you drop through the ranks and end your run!

Of course, the series of narrative campaigns, multiple game modes, and seasonal leaderboards and challenges are available to Switch gamers, as well.

Warhammer Age of Sigmar: Champions is available for free in the Nintendo eShop, with in-app purchases. For more information, visit www.warhammerchampions. com.