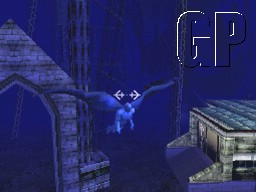 This Kind Of Adventure You’ve Never Had Before!

Elephant Games is pleased to announce that it became an authorized Nintendo DS developer and is unveiling the development of its first project for this console – Way In Dusk. The game combines dynamic shooting and adventure in 3D. You will explore the mysterious bewitched city and experience travelling in two worlds at a time.

In Way In Dusk, you assume the role of a guardian angel, St.John, who is a loyal employee of the Special Department of Heaven Office. You’re a very special being, able to shift between the Real and Astral worlds. You were sent to an obscure place called the Hollow City. It is a post-nuclear city infected with sorcery. Dreadful monsters, mutated from humans and cars inhabit this odd place. Within the city lies a great threat which you should discover and eliminate at all cost. On your way to accomplish the mission, you’ll visit all dark corners of the city and discover many of its wicked secrets. The intriguing storyline will surprise you with several twists and in the end the hero will have to make the fatal choice between Life and Death.

Check out the Screens after the jump.

Your special ability allows entering the Astral world where you can fly at your wish, so that you can get onto any rooftop and reach any part of the city. In the Astral world, your vision gets different and you can see things you wouldn’t notice before, so you can fly around and look for hidden useful things like weapon, vital power and others. You can also take advantage of the world-shifting technique to approach foes from the rear and deliver them a devastating blow. Launch into free exploration of the city, using your ability to travel in two worlds and smash everyone on your way using skillful shooting and some stunning acrobatics.

Way In Dusk uses cell-shading technologies to deliver smooth comic style 3D graphics. The game engine makes characters look very detailed. As for the city, created in full 3D, it appears to be very atmospheric and mysterious. In addition to that, the game will amaze you with its fierce and spectacular battles. Your protagonist uses various firearms to eliminate enemies. The advanced hit system allows you to shoot foes in various parts of the body inflicting different damage. In addition to precise aiming you can use such serious firepower as a rocket launcher to blow monsters to pieces. You can also enter the slow-motion mode to get advantage in reaction speed and do some awesome tricks.

Way In Dusk uses Nintendo DS controls to create a special gameplay experience. It allows you to move freely in the whole city, you can go anywhere you like. For comfortable navigation you can change from 3rd to 1st person viewing mode at any time. Engage in battles with a realistic first person view and explore the city in third person view for optimal perspective.

In addition to the captivating single player game you can take part in absorbing multiplayer battles supporting up to 4 people. Way In Dusk also offers various mini-games awarding the player with different bonuses which will be available both in single and multiplayer games.

With the vivid 3D graphics, smashing fights, free navigation and world-shifting feature Way In Dusk makes a great action game. It deserves to be in collection of every Nintendo DS gamer.
The project has reached the stage of alpha version and will be released soon.

Please, visit http://www.elephant-games.com/work to learn more about the game and see its screenshots.