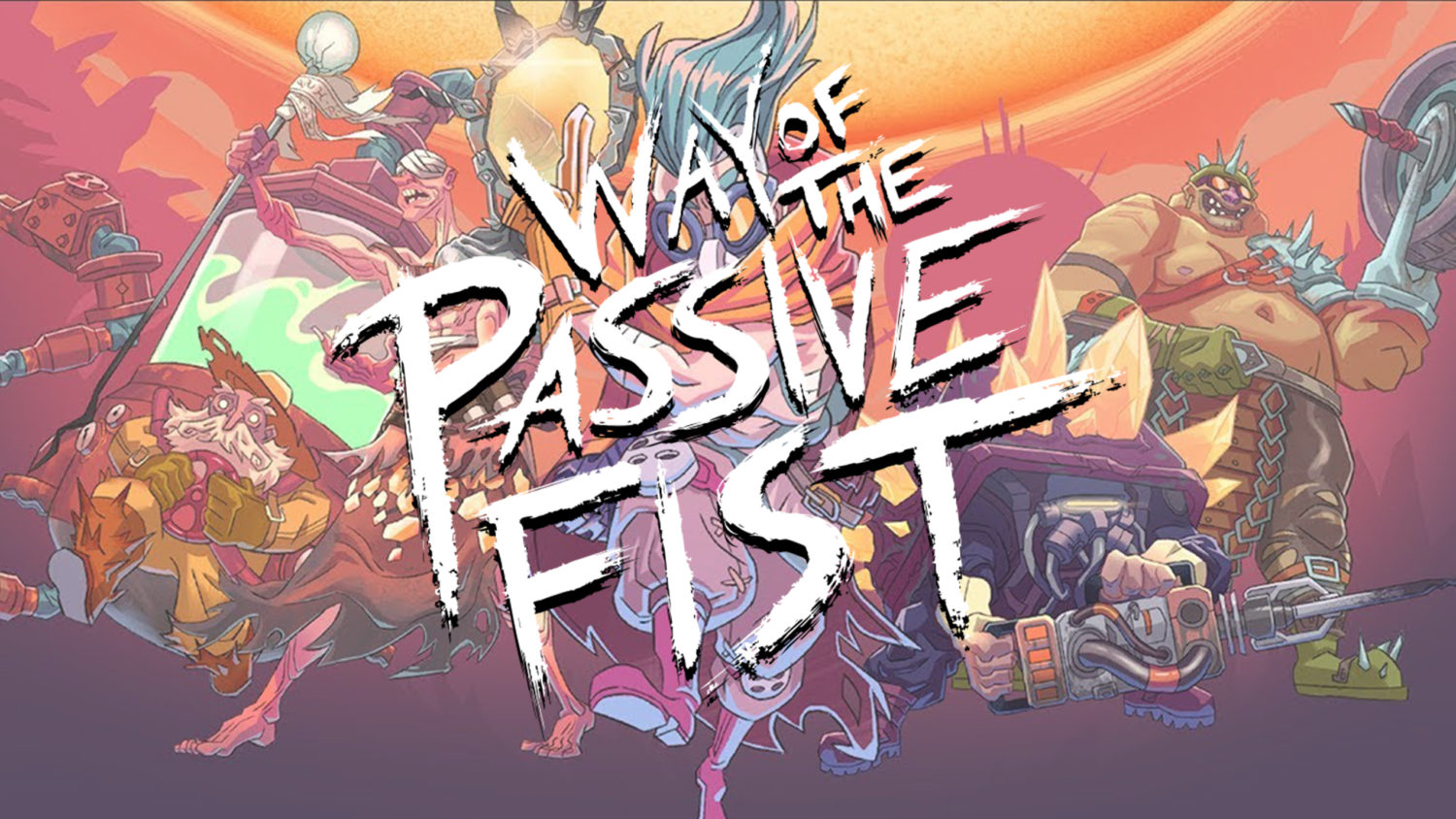 On its surface, Way of the Passive Fist screams arcade style beat-em-up. But like many games inspired by a time gone by, it’s unkind to judge things on a surface level. 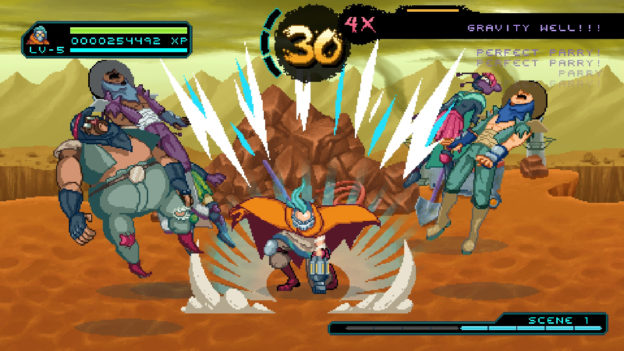 The second the first level started with a tutorial, I knew I would be in for something a little different. How many beat-em-ups do you know that waste time telling you how to punch, kick, and throw your enemies?

The hero of the story, The Wanderer is mysterious and, if I can use the parlance of the time, “too cool for school.” He’s got the mysterious stoicism of a Clint Eastwood movie protagonist, crossed with a post-apocalyptic anime antihero. It’s up to the Wanderer to travel across the crumbling Mining Colony of Zircon V and save it from maniacs and certain destruction. His approach to taking down baddies is, as the title states, passive.

Instead of attacking enemies with a flurry of fists and kicks, Wanderer artfully blocks his attackers, tiring them out to the point where a simple push will do away with them. The whole concept seems foreign, but the fighting mechanic fleshes out like a classic rhythm game. After all, different enemies come at you with different attack patterns, and parrying their blows takes specific timing. This is compounded with the fact that powerful enemies require different parries, that may throw off your rhythm.

Like any rhythm-based game, the longer you go without messing up your timing or taking a blow, your combo meter grows to unleash powerful super attacks. Pulling this off took me quite a bit of time, but it was worth the slog. On occasion, the number of enemies on screen made it an even more difficult prospect, in some cases, a seemingly impossible one. Luckily, it doesn’t have to be. 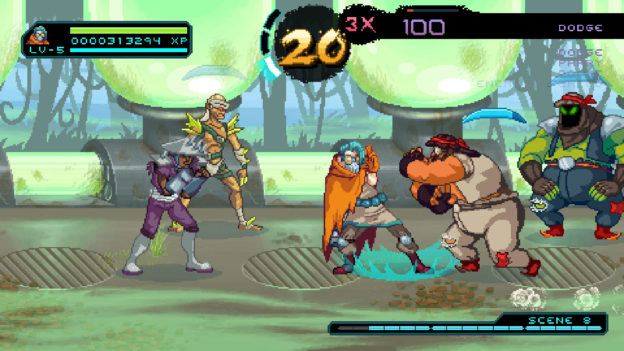 Gameplay settings can be set to play at your own pace. We’re not just talking the usual “Easy, Novice, Expert” settings either. You can set enemy strength, enemy encounters, combo mastery, and even set the number of pickups and checkpoints. Starting off with training gloves might help newbies get their feet wet, after all, how many other rhythm-based beat-em-ups have you played before?

Much like a deep dish pizza, Way of the Passive Fist isn’t what it seems on the surface. And like the heavy alternative to the NY slice, it’s not something I can recommend to everyone. However, it’s a totally inventive, gorgeous, and well-executed spin on rhythm-based games, where the action never lets up.