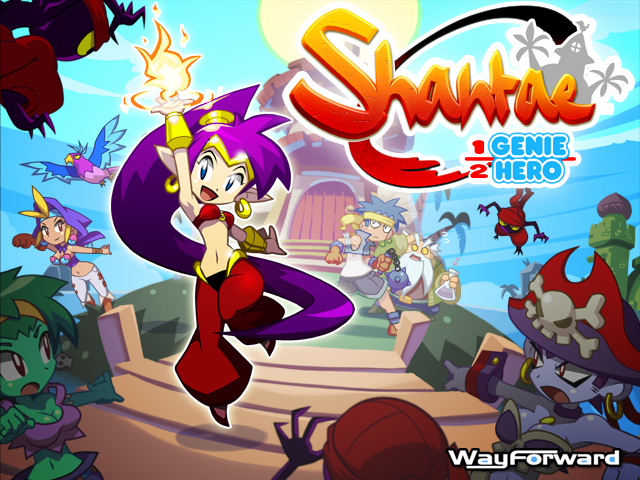 With ten days to go and over 10,000 backers behind them, the team at WayForward have surpassed their $400K fundraising goal for Shantae: Half-Genie Hero.  WayForward will now be able to port their latest title in the Shantae series into all major gaming platforms.

WayForward’s fundraising goal victory has also revealed two new stretch goals: Hero Mode, which allows players to start the game as Bolo, Sky, or Rottytops, and a Bonus Chapter, which sees the rebirth of Nega-Shantae.  These stretch-goals are set at $800K and $900K respectively.

What’s next?  Well, that is still a mystery.  There are still ten days left in WayForward’s Kickstarter Campaign, and three more stretch-goals that have yet to be revealed.

If you have not seen our previous coverage of Shantae: Half-Genie Hero’s artwork, you can check that out here.