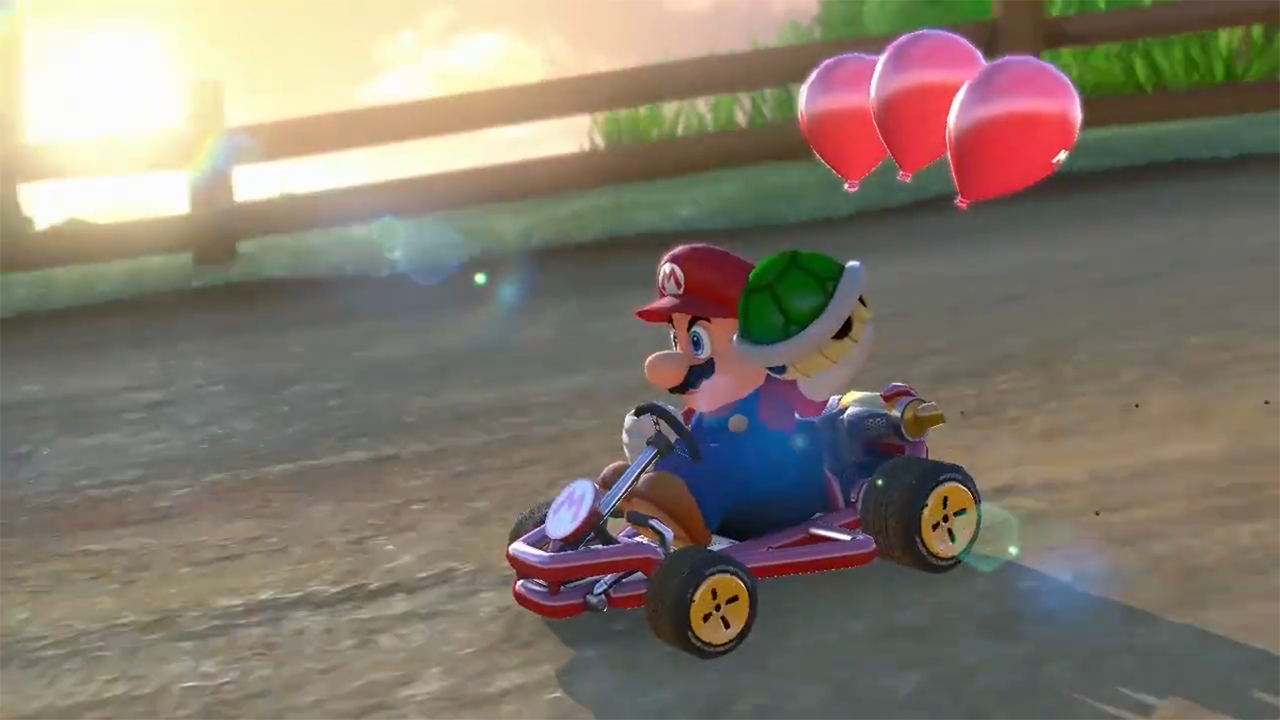 With Mario Kart 8 just over a week away from release, it’s certainly time to get excited!

Over the last 7 weeks we’ve looked at various reasons why we love Mario Kart, and today we’re delving into the other half of the famous racing series, the notoriously fun and frenzied multiplayer madness that is Battle Mode.

The way we were

Battle Mode has been a Mario Kart staple since the first title, Super Mario Kart, stormed onto the SNES way back in 1992. Some fans would even argue that this mode is the main feature of any Mario Kart title, and certainly adds a completely new dimension to that of simply racing around a track. In Battle Mode, the aim is not to be the fastest racer but the best at deploying (or avoiding) those incredible items, all within an enclosed arena (except Mario Kart 8 – discussed further below).

From Super Mario Kart to Mario Kart: Double Dash!!, Battle Mode was only available as a multiplayer feature. It was Mario Kart DS that started the trend of allowing single players to participate in Battle Mode to compete with the CPU.

Although the Battle Mode formula hasn’t changed remarkably over the years, there have been many new additions in several titles, providing a fresh feel for the battle arenas. Let’s look at the different Battle Modes available in Mario Kart: 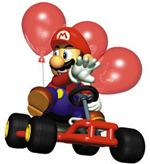 Balloon Battle was the first type of battle, introduced in Super Mario Kart and appearing in every title since. Here, players start with 3 balloons attached to their karts. These are lost by getting hit by an item, falling into a pit, or getting hit by a Mushroom boost, which causes the player who used the boost to steal your balloon. Once all your balloons have burst, you are out of the game.

There are some variations on this formula throughout the series. 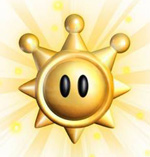 Shine Thief is unique to Mario Kart: Double Dash!!. The object here is to collect the Shine Sprite and hold onto it until time runs out. If you fall off a cliff or take any damage from an item, the Shine is dropped and left for someone else to collect! After dropping the Sprite, it takes a few seconds until you can pick it up again.

This mode differs from Balloon Battle in that the player holding the Shine Sprite must employ more defensive driving skills in order to evade the other racers.

This is a fun and different Battle Mode that many fans would like to see make a return.

Another Mario Kart: Double Dash!! exclusive, this mode only allows Bob-omb items to be used against each other. Players get points for hitting opponents with bombs and you can carry up to five Bob-ombs per character. After receiving three or four points (depending on the number of players), that player wins. You can also steal your opponents’ stars!

Unfortunately this is another battle mode that has not returned in any other Mario Kart game.

Only appearing in Mario Kart DS, this mode takes the Shine Thief idea and amplifies it. Here, there are nine Shine Sprites available to collect, each scattered across the arena. Players must collect as many Shines as possible by using items on their opponents. After 60 seconds, the player/s holding the lowest number of Shines is eliminated, and another 30 seconds is added to the clock. This is repeated until there is a clear winner holding the most most Shines.

It’s a fun twist, and becomes particularly frantic as the counter gets closer to zero while you desperately try not to be the one holding the lowest number of Shines!

Introduced in Mario Kart Wii, players are split into two teams and have three minutes to collect as many coins as possible in order to win. Coins are scattered all over the arena and more coins fall periodically from the sky. Getting hit by items causes you to drop a number of coins – for example, a Banana Peel or Fake Item Box will cost you three coins, while falling into a pit, getting hit by a shell, Bob-omb, POW Block, or being run over by a Mega Mushroom, will cost you half your coins!

Coin Runners returns in Mario Kart 7, albeit with two minutes on the clock.

The times they are a-changin’

Apart from a return to the above battles, we’d like to see a shake-up to the formula by adding more customization settings, particularly concerning the types of items available. For example, take the Bob-omb Blast concept and allow different items to be selected, like driving around with only Racoon Tails. It would be crazy fun to race around and use those tails to whack each other’s balloons into oblivion! Ah, the carnage that would ensue! Fireballs, red shells, even boomarangs – a battle using only one of these items would be fun and challenging.

Interestingly, the release of Mario Kart 8 will see the biggest change to Battle Mode in Mario Kart history. In this instalment, you’re still in possession of three balloons, however drivers no longer compete within the confines of a closed arena, instead using some of the actual race tracks from the Grand Prix mode to battle it out. Here are the tracks used for Battle Mode:

This decision has already caused conflict among fans and it’s certainly a departure from the consistent approach of using arenas over the last 22 years. At first glance, it may seem a little lazy on Nintendo’s part, but the concept is somewhat reminiscent of the more circular battle arenas, such as Chain Chomp Wheel in Mario Kart Wii, where you drive around in circles, basically using items to joust with oncoming karts.

So although there is some negativity surrounding this new approach, it’s another fresh move for the series that will hopefully pay off. Only time will tell, but in the meantime, check out the video below which shows Mario Kart 8’s Battle Mode in action. Let us know if it looks like fun to you!

It’s been a long wait, but Mario Kart 8 will finally, FINALLY be released next week! So what’s next for this series of posts? Firstly, thank you for sharing the history of Mario Kart with us over the past 7 weeks as we’ve counted down to Mario Kart 8. Secondly, have you checked out our Mario Kart 8 review yet? And finally …

Next week to celebrate the launch, we’ll have a special post to announce something we’re planning for all those Mario Kart fans who have waited patiently with us!

So stay tuned, and until then – happy racing!