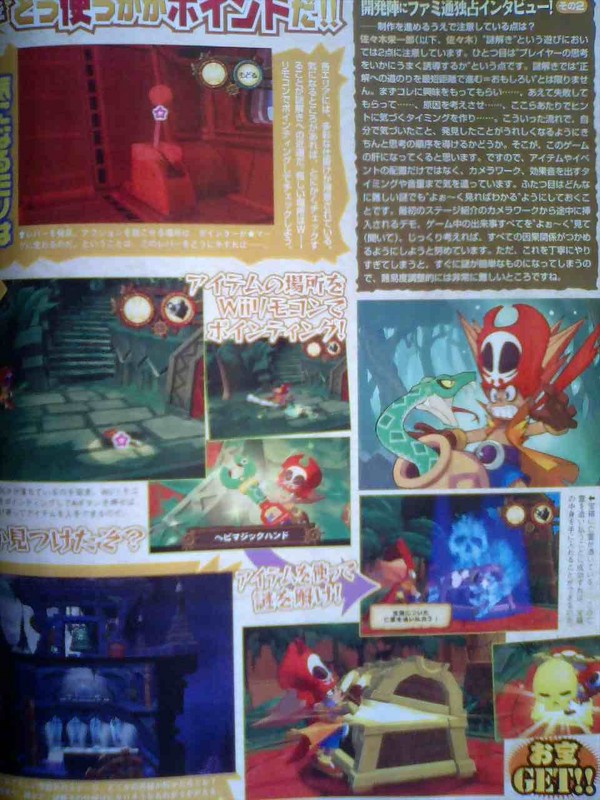 In the latest issue of Famitsu in Japan, Capcom unveiled that they are working on a new adventure game for the Wii.  Here are some of the details and also a scan of the game:

“…the big revelation is that Capcom has an exclusive Wii project underway called ‘Treasure Island Z’. It is an adventure game with puzzle solving included and so far appears to be just what fans of Monkey Island et al have been waiting for as you need to use the Wii controller to help the lead character (a trainee pirate) to solve the puzzles you meet along the way on your quest to find treasure. “

The game looks to be progressing pretty well.  Looks like a Banjo-Kazooie feel to it from looking at the scan.