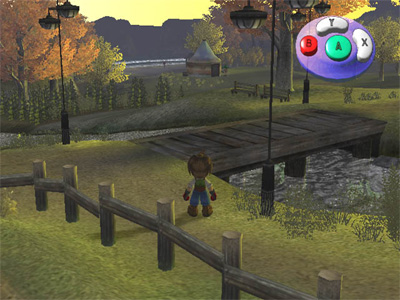 Harvest Moon, which was confirmed for Wii at E3, now has some more details that have been revealed. IGN has the following to report on how the wiimote will be utilized:

“The control scheme shouldn’t come as much of a surprise for those who’ve played Harvest Moon. You perform all your farming chores with direct controller motions. To till your garden’s soil, for instance, you swing the controller like a hoe. To water your planets, you tilt the controller downwards as you would a bucket. The controller is expected to be used similarly when fishing and taking care of animals.” – IGN Wii

I’m continually impressed that developers are really thinking of how they can use the wiimote to enhance gameplay.