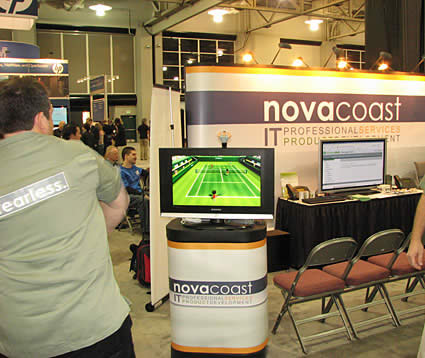 Infendo has a cool report from Novell’s Open Source conference in Salt Lake City, and how the Wii was the unlikely hit at the show:

Our in-field correspondent Chris sends word from Novell’s open-source Brain Share conference this week in Salt Lake City that Wii’s are being heavily featured in an effort to entice attendees to vendor kiosks. Chris reports that even though both 360s and PS3s are being raffled away, at least six kiosks are demoing Wiis in an effort to lure in attendees. “No other consoles were being shown to draw the crowds,” Chris said in an email to Team Infendo. Even conference-going individuals like to mix their games up.

We’re seeing the Wii getting into all sorts of mainstream media nowadays.  Good to see it’s getting very good press.