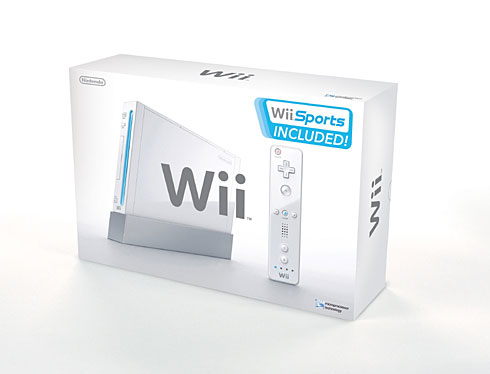 Nintendo on Thursday finally revealed the long-anticipated launch details. *drum roll………* Wii will launch in the US on November 19, 2006 for $249.99. The Wii will come packaged with the following as reported by IGN Wii:

Great news so far! Here’s the rest of the details from Cubed3:

Day one launch titles are as follows:

Hey guys, sorry our blog has been dry lately. I’ll be here posting some more updates this weekend. This is a compilation of all the BIG news. Most is good news although I was really looking forward to playing Metroid Prime 3 at launch especially after the stellar reviews coming in this week. At least we can look forward to getting more developed games for those that missed the ‘launch window’.

Have a great weekend and don’t forget to pre-order Wii first thing this next week! ;D