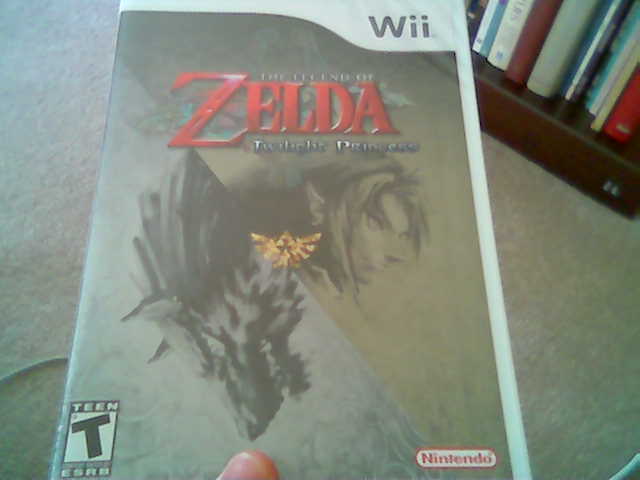 Well, the day has finally come–November 19, 2006. A day that I like to refer as “Wii-day”. I had quite the experience with my friends last night in line(s), but the important thing was—I got a Wii! :D 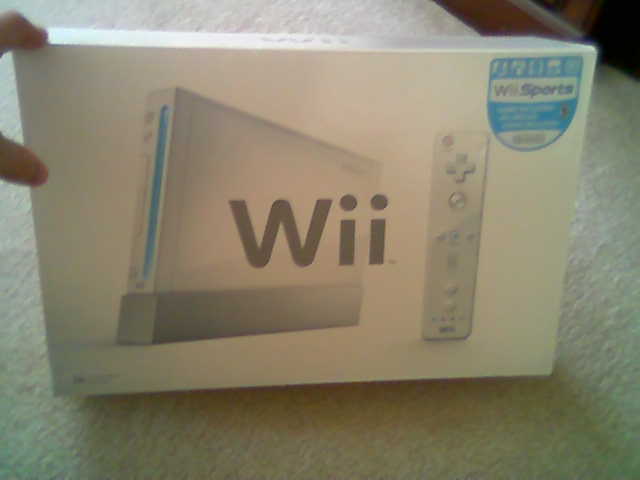 I haven’t had any play time yet. I wanted to update the site first, because I knew I would be busy later ;)

So I’m not a big fan of Walmart anymore (wasn’t much of a fan before). I went to Walmart and got there 7 hours early. Perfect time right? Well, I was third in line at the lay-away area. We waited for a couple hours when a manager approached us. He said that we couldn’t wait there because the line “hadn’t formed yet.” He said at 8pm an announcement would come over the intercom and tell everyone where to line up. After hearing that, my heart sank because I knew I wasn’t guaranteed one now. 8pm came and went. The announcement came and there was the biggest “rush” I’ve ever seen or been a part of. Everyone ran their hearts out but only 20 lucky people got in line first.

I was there with a few friends and we split up in different areas before 8pm and two from my group were part of the “elite 20.” They were set, but the rest of us still wanted our Wiis that night. I had a contingency plan in case this happened. We jumped in my car and the 5 of us headed down 20 miles or so to another walmart. We found no luck here either.

Our next stop was a Target store just down the road from the walmart store. Nobody was outside waiting so we went inside to inquire about the Wii. The manager informed us that we were the first ones to show up and that we could be the first in line outside. We rejoiced and knew we would have to find some warm clothes for the night. One of my friends lived nearby and we got sleeping bags, pillows, long-johns, blankets, food, and Nintendo DS systems ;) 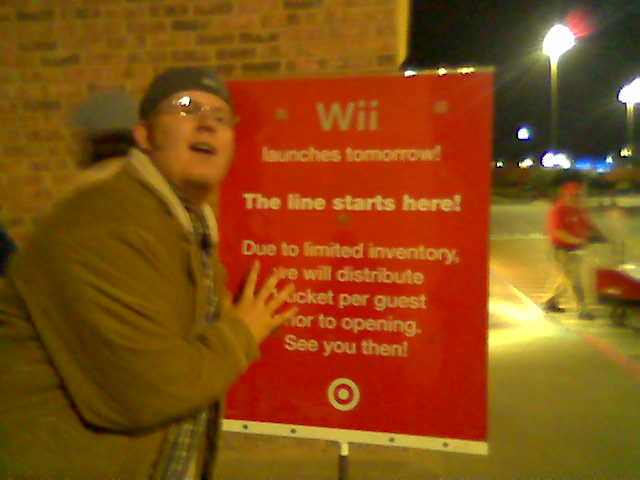 We were only there for 30 minutes before more people started to line up. We didn’t care because we were guaranteed a system now :D I, and everyone were so happy that we played DS till the wii ;) hours of the night. Also, we decided to order some pizza. Pizza at 1am never tasted so good. The rest of the night was pretty restless. People kept driving by and the street-sweeping machine came by like 10 times—no joke! So LOUD!! After many hours in the cold, we were given tickets at 7am and a card to mark down what games/accessories we wanted. 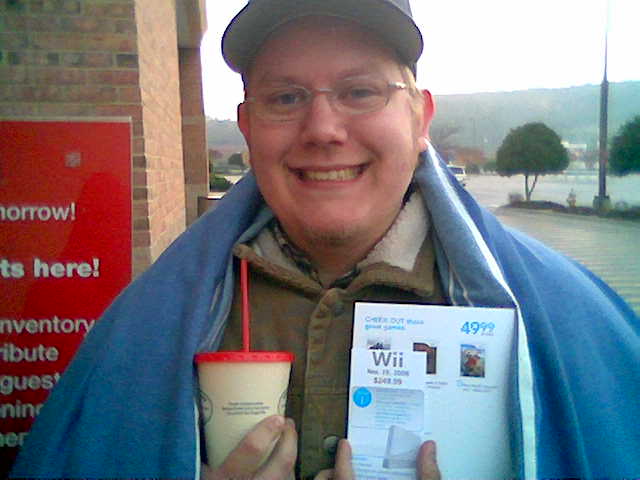 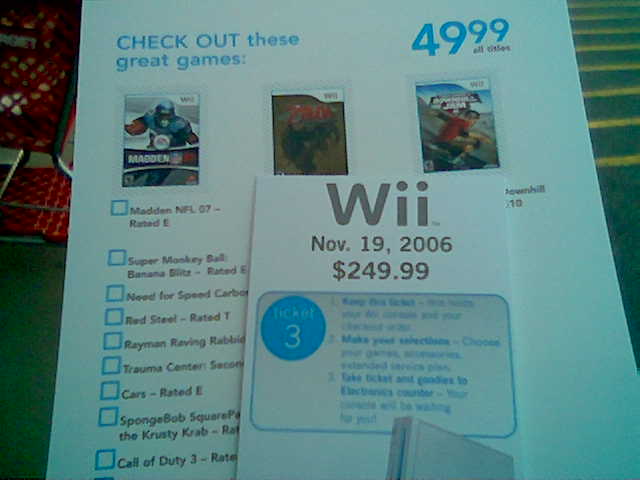 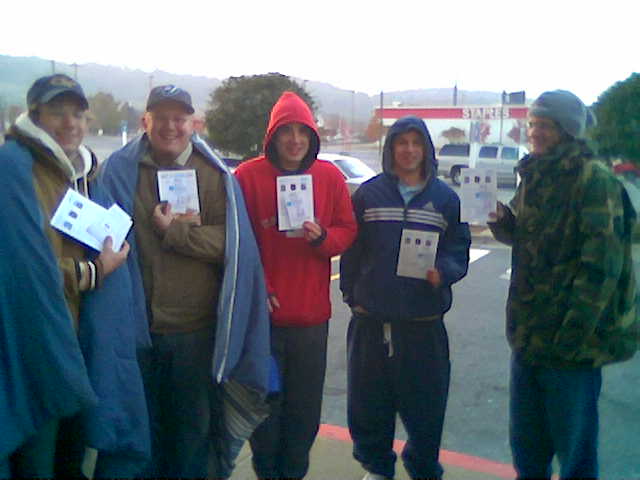 We proceeded in the store, got our Wiis, and the rest is history! All in all, the launch lineup went really well and I’m actually glad we got to campout. We got the full experience and I know it was worth it!

PS – Sorry about the poor-quality photos. Only had my camera phone with me.