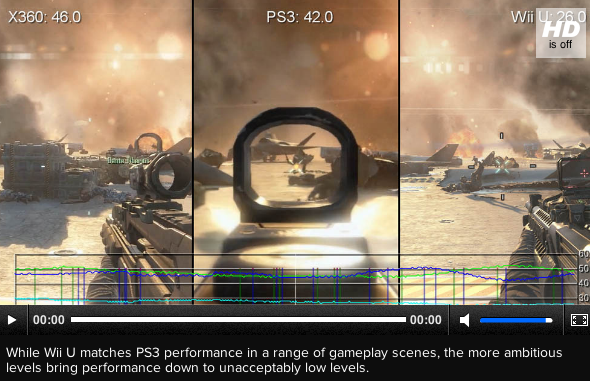 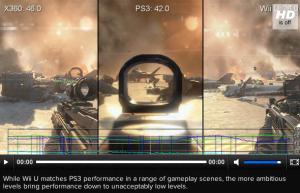 The Wii U version matches the look of the Xbox 360 game and thus gives it an edge visually over the PlayStation 3 release, but unfortunately it comes up well short in terms of performance – an aspect that is all-important to the playability of a COD title. The frame-rate variance is such that the PS3 game feels generally smoother, while the 360 release feels like an entirely different game in the more demanding levels. Bearing in mind the commonalities in hardware design between Wii U and Xbox 360, we can’t help but feel somewhat disappointed that Black Ops 2 under-performs so noticeably.