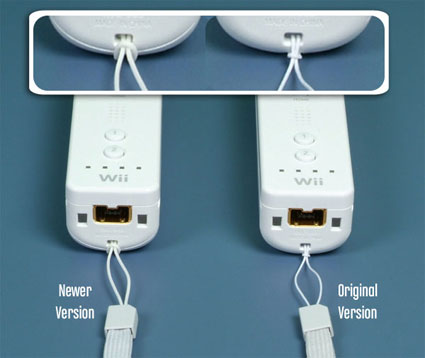 Apparently, Nintendo is listening to cries to address the skinny strap issue with the Wiimote. Nintendo has officially made a page available on their site that offers thicker replacement Wiimote straps for free. They avoid calling this a ‘product recall’ because they say the original went through all their tests and is usable for ‘normal play.’ From Nintendo via Cubed3:

“Even though the original straps are perfectly adequate for normal play, we can’t control the exuberance of players. Nintendo has made new wrist straps that are about twice as thick and stronger than the original wrist straps as an additional precaution. These are being included in all new hardware shipments and sent to consumers who request them.”

I, personally, haven’t had much of a problem with this. Whenever friends come over to play I usually remind them to be careful since the controllers (and/or TVs) don’t grow on trees. There was one incident when a friend let go, but the strap held–thankfully. Even when my grandparents/parents played, they didn’t use too much force. I went ahead and requested some extra straps just in case, since I’d rather be safe than sorry.

What do you guys think? Have you had problems? Getting some new straps just in case?