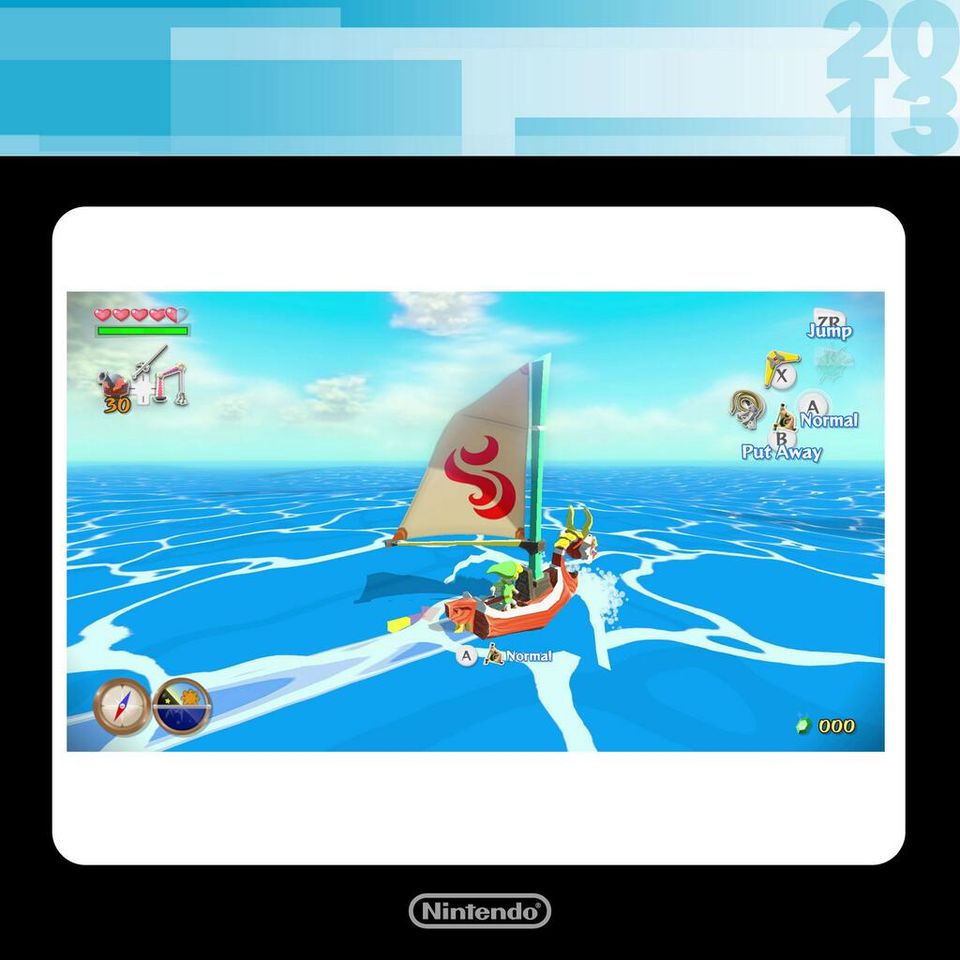 Nintendo showed an extended gameplay trailer for The Legend of Zelda: Wind Waker HD.  It shows familiar characters and beautiful.  Nintendo of America confirmed that it is rendered in 1080p with “shaders that improve visuals and refine textures”.  It is definitely a pretty game.  Nintendo have changed the Tingle Tuner, which required you to attach your GBA to your Gamecube, into the Tingle Bottle which you can throw into the ocean, and then messages from the Miiverse will wash up on the beaches of your game.  The Tingle Bottle is an interesting addition, although I doubt it will change the core gameplay much.  The Legend of Zelda: Wind Waker HD will be released on the Wii U in “October”.