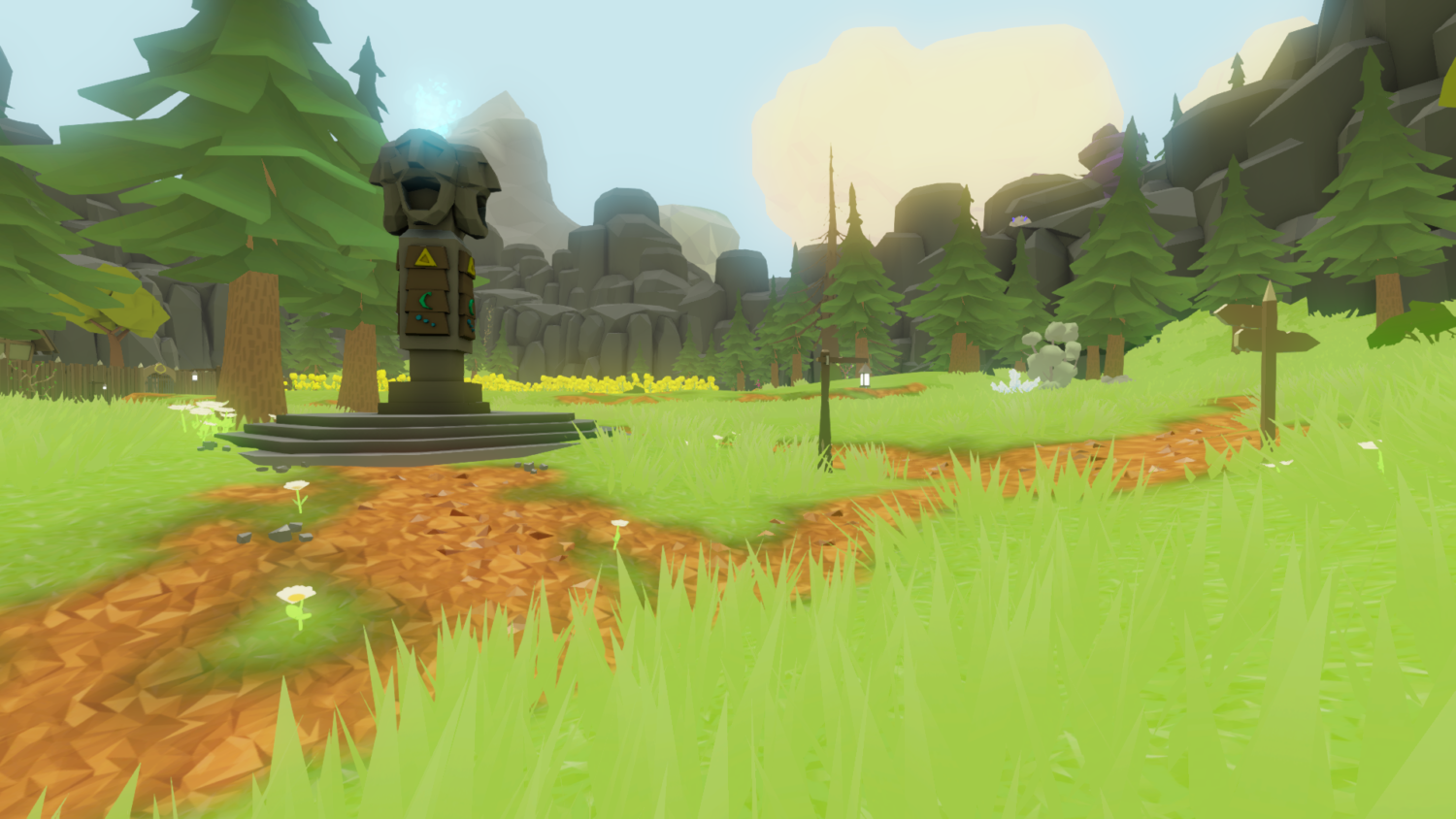 Many game developers these days have been inspired in some way by The Legend of Zelda, and that inspiration often carries through to their projects. Such is the case with German developer Dennis Witte, who’s Steam Early Access project, Windscape, will be available for Switch gamers to explore on March 27th.

Also a huge fan of Secret of Mana and Golden Axe Warrior, Witte has always wanted to create his own game which contained elements of all of them. As such, Windscape utilizes their “spirit and flow” to combine first-person person exploration with elements of modern crafting, survival and sandbox games. As the young protagonist, Ida, players will explore a handcrafted fantasy world, fight monsters, interact with NPCs, complete quests and solve puzzles, all in attempt to discover the source of the evil that is causing her world to break apart.

Meet peaceful NPCs [on] each island’s overworld and vicious monsters in the dungeons and lairs you uncover along your journey. While the islands work in a non-linear manner, the dungeons are more puzzle and combat driven—each with its own style and atmosphere. However, brute force won’t get you far in larger boss fights. Tactics and figuring out your enemies’ combat patterns are key to defeating larger foes such as ghosts, ogres and dragons. Your effort will be rewarded of course—there are many valuable items to loot!.

Starting March 8th, Nintendo Switch owners will be able to pre-order the game at a 20% discount. For more information in the meantime, visit headupgames.com.