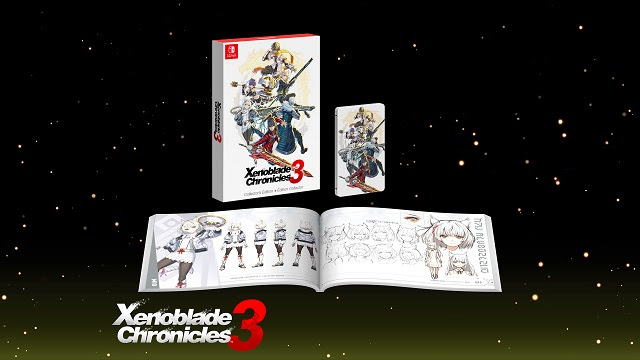 Update: For clarification, this announcement is for European preorders only.

Original Article: If you’ve been waiting to get your hands on the Xenoblade Chronicles 3 Collector’s Edition at the end of this month, you’re going to be waiting a little longer. Or maybe a while longer. Nintendo has just announced they’re unable to open pre-orders before the game’s launch on July 29th.

So, what does that mean? It means that if you want to play it on release day, you’re going to have to buy the standard edition, plain and simple. However, Nintendo is doing the right thing here by offering the Collector’s Edition content as a separate purchase. This means you can still get the game (digitally or physically) on release day, then worry about the bonus materials when Nintendo finally makes them available.

It’s a decent compromise that’s certainly still to be met with derision from gamers, especially considering the problems Nintendo had the first time they opened the Collector’s Edition presale. Forcing customers to buy it solely through the My Nintendo Store basically broke the website, and Nintendo hasn’t been able to solve the issue since. Now, they can take the time needed to get things figured out while making sure Xenoblade Chronicles fans get to play the game in the meantime.

No price was offered for the separate Collector’s Edition contents, we just know that preorders for it won’t open until September. Until then, better head on over to your favorite retailer to get your standard edition preorder in place.

Here’s the full email from the My Nintendo Store Team:

Thank you for registering your interest in the Xenoblade Chronicles 3 Collector’s Edition from My Nintendo Store.

Due to unforeseen logistical challenges, we are unable to open pre-orders for the Xenoblade Chronicles 3 Collector’s Edition before the game launches on July 29th. We apologise for any inconvenience caused.

To give customers the flexibility to purchase and enjoy the game at launch, we will now be offering the contents of the Collector’s Edition (soft cover concept art book, steel case and outer box packaging) as a separate purchase at a price that does not include the Xenoblade Chronicles 3 software.

This means you can buy the Xenoblade Chronicles 3 game when it launches on July 29th, and have a chance to pre-order the Collector’s Edition contents on My Nintendo Store later in September.

As you’ve already registered your interest, you’ll continue to receive updates about this product and you’ll be among the first to be notified when pre-orders begin in September.

Thanks for your understanding and please look forward to more updates in the coming months.

The My Nintendo Store team