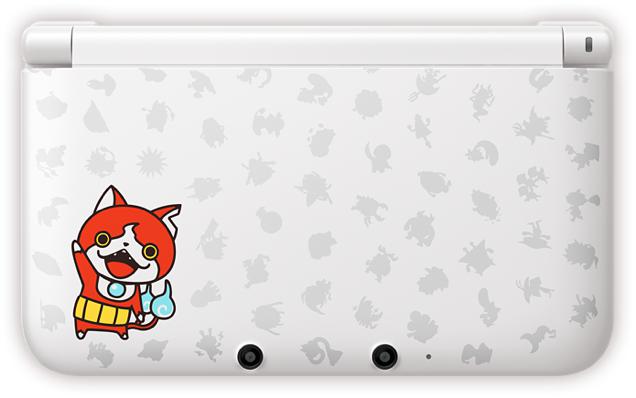 Nintendo has announced a special Nintendo 3DS XL to coincide with the release of upcoming sequel to smash hit Yo-kai Watch. The case features Jibanyan, the anime’s orange and white cat mascot, and tiny silhouetted critters from the series.

This limited edition pack will release on July 10, priced at 18,000 yen (US$177), however will not include the new game, nor its predecessor. It does include six special AR cards and a 4GB SD card featuring the rare Golnyan yokai.

The popular ghost-hunting game, developed by Level-5, is a 3DS exclusive. The first game steadily gained popularity in Japan despite a slow start, probably thanks to the arrival of a related anime series that began airing on Japanese television earlier this year.

Both the sequel and 3DS XL edition will be available on July 10.

Although there’s no news on a Western release, we did report back in February that Level-5 seemed interested in bringing the series to the west, if fans were interested, so stay tuned.

In the meantime, let us know whether you like the look of this new 3DS XL!