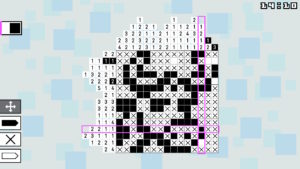 If you are a fan of puzzle games, as I am, then you are already very familiar with Picross. There is no shortage of options for Picross strategy titles out there, even on Nintendo systems. In Lightwood Games’ earlier release, Pic-a-Pix Color, we saw the addition of multiple colors per puzzle improving on this popular genre. This not only added to the difficulty, but opened up a large variety of new puzzles with varying sizes. The array made for a great game for beginners and advanced players alike. For a more detailed look at this predecessor, see Jemma’s Pic-a-Pix Color review. 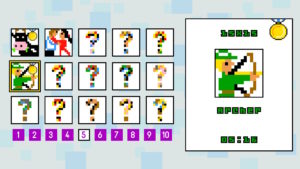 If you liked that earlier game, then you’ll like Pic-a-Pix Deluxe, because it is largely the same. The big plus is the number of new puzzles for a reasonable price of $ 7.99. But I had hoped for some sort of improvement, at least new music instead of the repetitive one track. Jemma even suggested a zoom feature for larger puzzles or “a general lift in presentation”.  There was room to improve. This really is DLC, not an improved game by any means. 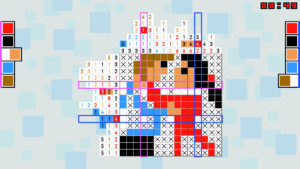 The “Deluxe” I suppose is the co-op mode, which supports up to four players. This obviously has to be on the TV where the controls are a bit clucky. With the touch screen and a capacitive stylus, you can easily swipe multiple boxes at a time. It is faster and smoother to control with just a tap. The TV controls are one box at a time and several buttons to change mode and color. It slows you down and just doesn’t feel like a multiplayer game to me. 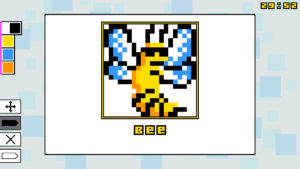 There isn’t any improvement and the one additional mode is unnecessary so I can’t call this deluxe. Pic-a-Pix Deluxe is simple fun if you want more of the same to play on your own.

This really is DLC, not an improved game by any means.