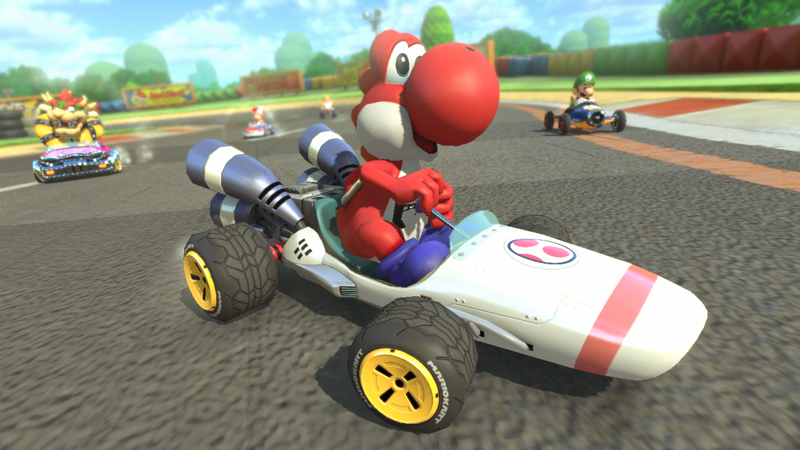 The B Dasher from Mario Kart DS will be making a return in the first DLC pack for Mario Kart 8 according to an official post from Nintendo on Miiverse (seen below).  So that means that so far we know that the first DLC pack will include Link, Tanooki Mario, and Cat Peach as the new racers, B Dasher and Blue Falcon as 2 out of the four vehicles, and the two new cups.

The 2 DLC packs announced for Mario Kart 8 will include 3 characters, 4 vehicles, and 2 cups (8 tracks total).  Which means a total of 6 characters, 8 vehicles and 16 tracks will be added after both Mario Kart 8 DLC packs are released.  The first pack, described above, is due out in November.  The second DLC pack includes Villager, Isabelle, and Dry Bowser as the new racer with the four vehicles and 2 additional cups.  The second pack is due out May 2015.