Celebrate 20 years of Myst … but not on Nintendo handhelds

This year marks the 20th anniversary of Myst.  Whether you hold the game as a true classic or think it’s aged poorly, there’s no questioning the huge impact it’s had (best selling pc game for nearly a decade!).  After its initial success. the game was ported to almost any console that could properly handle it, and the turn of the century brought an impressive remake called realMyst.  The game’s no stranger to Nintendo handhelds either, with the DS receiving two ports, and more recently a 3DS version.  All these ports can be found for cheap, but before taking the plunge, know that they do a strong disservice to the original. 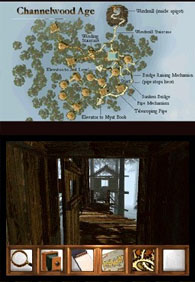 In late 2007 / early 2008 the first DS port arrived on the scene to disastrous critical response.  The issues with it were numerous, from weak audio to a screen blocking toolbar.  Functions that were supposed to help proved clunky , an example being the notes which forced you to use a tiny typewriter rather than allowing writing with the stylus.  Perhaps worst of all were the pixellated graphics that not only detracted from the game (one whose popularity was built, in part, on its visual excellence) but made some puzzles nearly impossible without consulting a walkthrough!  Some clues from the tower rotation were extremely difficult to read for instance, and the planetarium images were quite tough to discern as well.  I could go on, but hopefully the idea’s come across.  Having already played Myst a lot (the orignal on my 3DO & realMyst on PC) this wasn’t as big a problem for me since I knew things by heart, but what if you are newer to the game?  This wasn’t the version to cut your teeth on! 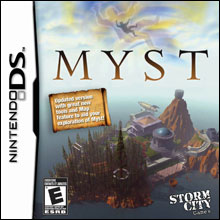 Storm City Games published an “updated” version in 2010, which added a map and minor tweaks.  It’s the definitive release on the DS by default, but it’s all relative. The core problems remained, and short of a complete reworking there really was no hope.  Why Storm City Games took this on is unknown, but the bad port status remained intact, making this a version you didn’t want to have in your DS collection.

With a move to 3DS, I was hopeful Myst would finally see a port proper on Nintendo’s handhelds.  Sadly, I was wrong.  The Maximum Games 3DS version has its own unique problems, that make it just as bad if not worse than its DS predecessors.  For one, the game displays several glitches within the first few minutes.  The opening dialogue doesn’t sync up with the graphics, cutting off at random spots.  Later in the game, dialogue will play with no video displayed at all.  And for those of us who’ve played the original games, the large amounts of missing music, sound effects, and animations are even more obvious! 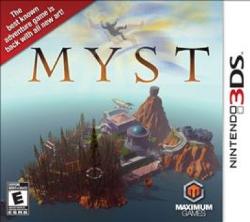 The worst part of Myst 3DS in my opinion, is eschewing the touch screen in favor of circle pad control.  This is a bizarre choice to say the least, but could perhaps be justified in part if the top screen displayed impressive 3D visuals.  But the 3D fails to impress, for the simple reason that it isn’t there!  It’s odd playing a physical 3DS release and see the 3D light not lit up.  Considering this version uses graphics from realMyst, the 3D would’ve worked great!  It’s absence is shameful, as is this highly disappointing port. 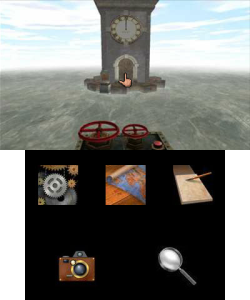 And the circle pad control is horrid too!  It’s a fight to move the cursor, which is automatically drawn to the center screen, and trying to hit tiny buttons is a struggle (the detection doesn’t even seem to line up!).  The touch screen, which could make for an ideal control method if handled properly, is wasted on useless icons carried over from the DS versions.  Upon discovering this I put my stylus away in confusion and disappointment.  A few minutes later I put Myst 3DS away in disgust!

As I said earlier, all these versions of Myst can be found cheap today.  The 3DS version is currently selling for $5 on the eShop … it’s not worth it!  Myst has had many successful ports, but Nintendo fans are still waiting for a good one to grace the Big N’s hardware. 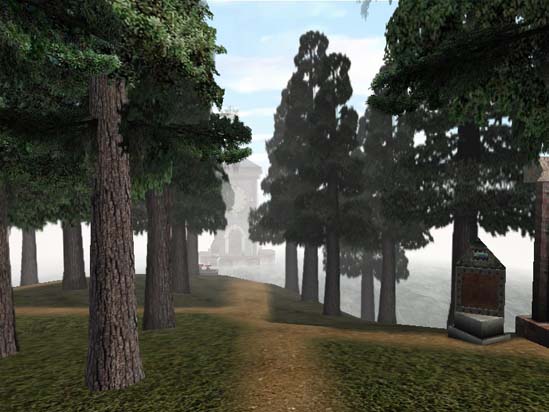