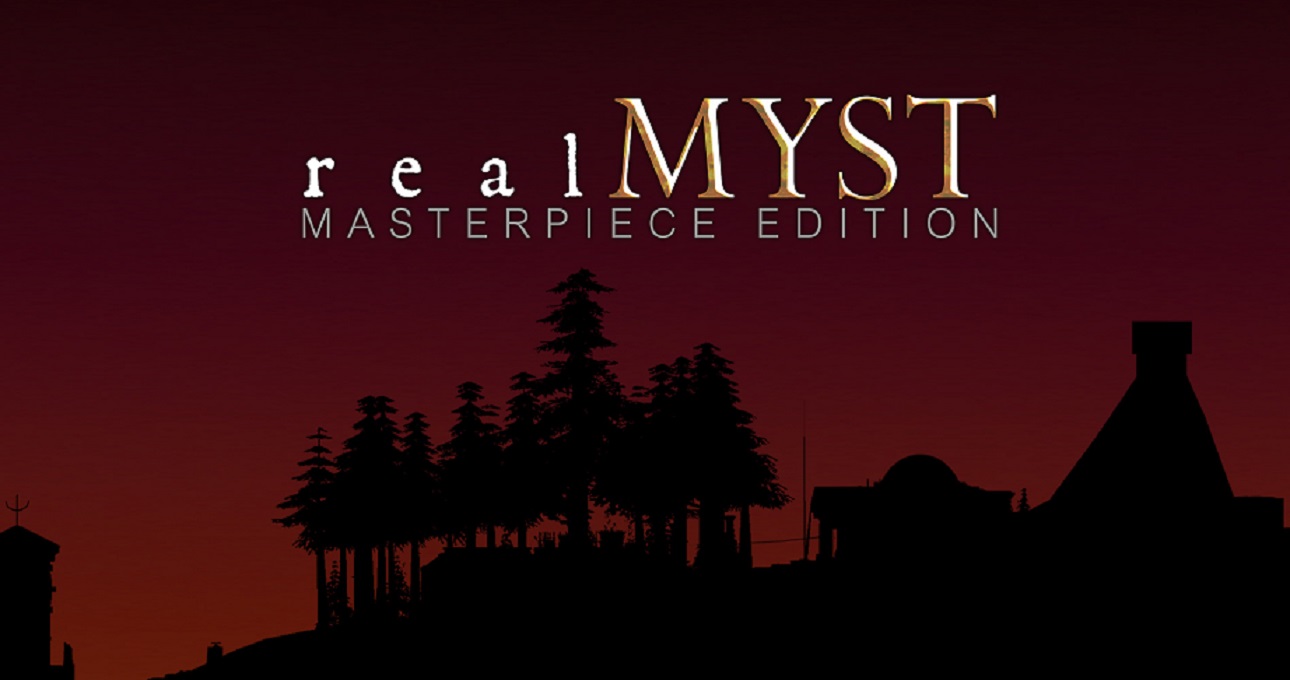 The Nintendo Switch now plays host to realMyst Masterpiece Edition. Wondering if my PC was powerful enough to handle the game is now just a memory, one of several memories I have in connection with Myst. For many, the game (and its remakes) are best-selling classics. But everyone should experience Myst, even if it’s just once, to see if you’ll acquire the taste for its brand of adventure. Despite its age, this rebuilt version is the most impressive Myst yet.

After a couple of weak handheld entries on Nintendo hardware, Myst can now be enjoyed both in handheld mode and on TV. Nintendo fans have been patiently waiting for an accomplished port of Myst. Which has been good practice in a way, as realMyst: Masterpiece Edition has lots to offer the patient gamer. Puzzles are numerous, yet you often won’t get the sense of them, at least not right away. For those you can’t follow, the rule of thumb is to explore. This MYSTerious island grants you access to several stimulating ages, but you’ll need to scout things out first. 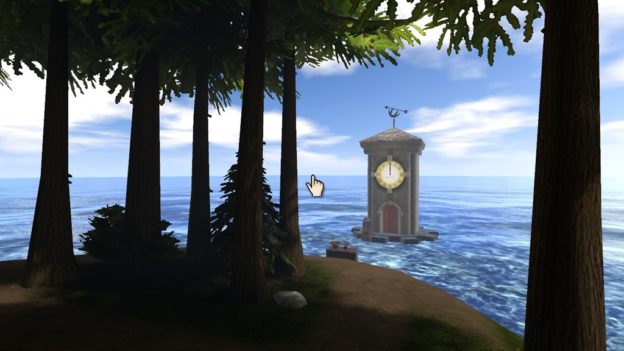 Thankfully, walking around and checking out the intriguing island should leave an impression. After a short introduction, you get dropped on the dock and left to your own devices. No longer static screens, this is an island where you can move freely; optional touchscreen navigation is still available for those who lean more on the purist side, though it’s either/or, not both. You’ll find a crumpled note from Atrus, some machinery, and several inaccessible areas. How do you access them? What’s the significance of these scattered mechanisms? Those are questions you must answer, and you can do so in an admirably non-linear fashion.

Searching the iconic library is key to filling in the story, providing you with clues, and gaining admission to new areas. It’s recognizable even to those who’ve never played Myst (see “The Simpsons” episode Homer3). What’s the deal with those red and blue books, and Sirrus and Achenar? You’ll want to balance being a bibliophile with investigating, to make the needed connections for solving the head-scratching puzzles. Take advantage of the Switch’s capture button and save yourself from some old-school note-taking. 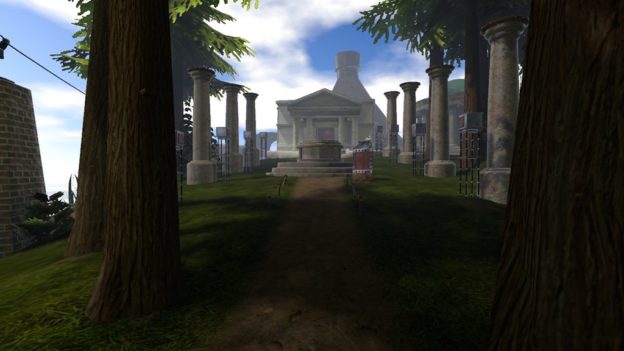 No matter how closely you pay attention, you’re bound to get stuck. A built-in hint guide will eliminate frustration once your patience reaches its limits. Choose a particular query, and the game subtly prods you in the right direction with a helpful hint or two. Except for the spaceship’s keyboard – it seems it will forever frustrate tone-deaf players, and it’s still not a good puzzle with its slippery sliders. Please don’t abuse the hint guide, though, as you’ll only be cheating yourself from the rewarding feelings that follow getting to the bottom of each puzzle.

While it doesn’t stun like it once did, it’s not hard to recognize the effort and imagination that went into this presentation. The spirit of adventure is, without a doubt, encapsulated in realMyst: Masterpiece Edition, with aesthetics that will stay with you. It’s brighter, further animated and detailed, and more vivid than ever before, with neat touches strewn around. For areas where brightness is still in want, you can toggle a handy flashlight to aid in exploration.

While the odd frame rate hiccup does little to detract, there are a few graphic features this Switch port currently lacks. Specific settings (like adjusting bloom and frame rate), nighttime visuals, and original Myst images are all missing. A bummer for sure, but one I hope gets rectified with an update. 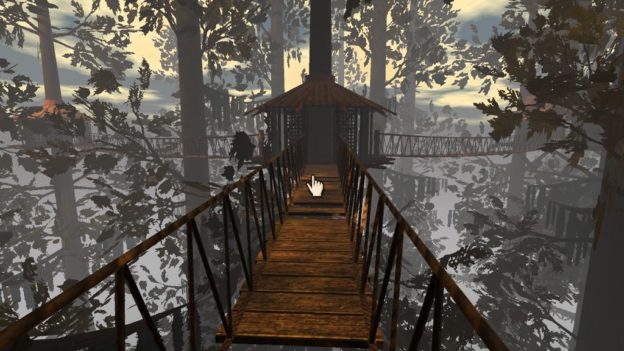 Even with these disadvantages, the regions (save possibly the Selenitic Age) still shine. My favorite locale is probably the Channelwood Age. In many ways, it has superb graphics. Navigating its upper walkways in the trees from a first-person perspective makes me feel like an Ewok. Is it possible to go even higher up? Its intro tune, with drums and piano, harmonizes eeriness with pleasantness, and the musical themes in the level are the sort that will make you stand still to listen to them. They’re so on target with the mystery of it all, joined by realistic fauna and machine sound effects.

It’s a real shame that the only physical copy of realMyst: Masterpiece Edition was available through Limited Run Games. It sold out quickly a while back, no doubt to many scalpers. If Cyan continues the series on Switch, I sincerely hope physical copies won’t be quite so rare. 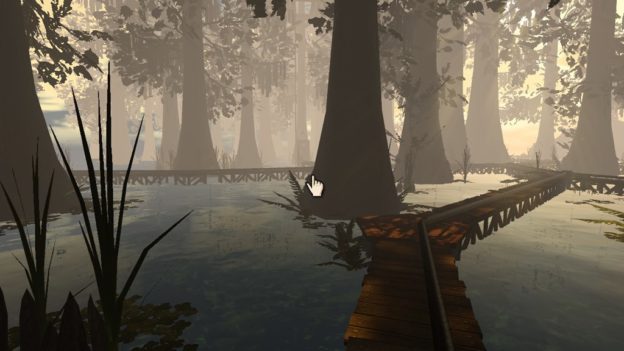 After nearly 30 years, Myst is known and beloved by so many. Admittedly, you’re not likely to replay this game as often as some others. But the mood will hit you to experience realMyst: Masterpiece Edition now and again, even more so if you have a lot of nostalgia for it. And what if you aren’t nostalgic? Allow me to crib from Nintendo’s game page: “Whether you’re visiting Myst Island for the first time, or you’ve been exploring the island for years – there’s never been a better reason to let the surrealistic Ages of realMyst become your world.” I mostly agree with that statement, with my hesitation stemming from the audio. And it’s not just for tone-deaf players either.

There were some definite problems with the audio, resulting in numerous bugs. I’ll give just a few examples. There is an early dialogue scene that’s so overpowered by music that I could barely hear what was being said – thank goodness I know this game as well as I do. The sound effects of the waves in the Selenitic Age are also all messed up. Some moments they’re so ear-piercingly loud, it interferes with the sound-based puzzles! Other times they stop altogether, at random with no rhyme or reason to your location. It’s a headache. Last but not least, the ending dialogue is once again drowned out by music, even more so than my earlier example. I hope Cyan gets a patch out asap because this does end up making a great game just a good one. 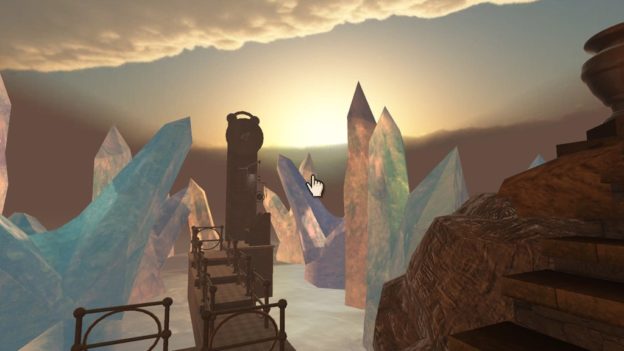 But at its best, the music does wonders for setting the mood. It comes and goes in crucial areas, and this chiefly balanced approach (perhaps erring just a bit on the side of conservative) results in memorable tunes that combine with well-made sound effects and voice acting.

It’s not just the history and nostalgia, but the high quality, sense of discovery, and genuine allure that’s undeniable with this pioneer. It’s proven to be a timeless journey. But this Switch port of realMyst: Masterpiece Edition needs an update, to add some missing features and fix the significant audio glitches, to be genuinely outstanding. 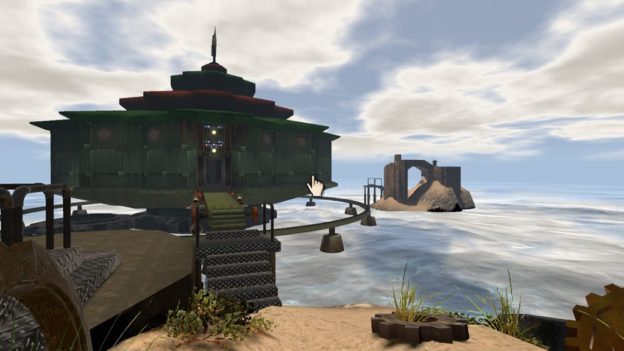 My last question left is, will Riven: The sequel to Myst follow? Help ensure that by picking up realMyst: Masterpiece Edition. I hope “the ending has not yet been written” for this puzzle-adventure series on the Nintendo Switch.

It’s not just the history and nostalgia, but the high quality, sense of discovery, and genuine allure that’s undeniable with this pioneer. It’s proven to be a timeless journey. But this Switch port of realMyst: Masterpiece Edition needs an update, to add some missing features and fix the significant audio glitches, to be genuinely outstanding.