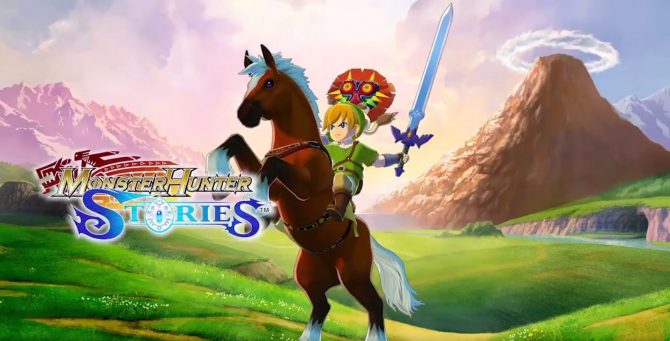 Nintendo has released a new trailer to show off the latest DLC for Monster Hunter Stories.

In the trailer, which you can check out below, you can see Link’s costume as well as a Majora’s Mask outfit for Navirou. Epona has been added to the game as a monster, and players can ride it and even perform various attacks during battle, like the Power Attack or the Double Attack.

The Legend of Zelda DLC launches later this week, on September 28. In the meantime, check out the trailer below to see the DLC in action.

Are you enjoying your time with Monster Hunter Stories? Let us know how excited you are by the upcoming DLC.