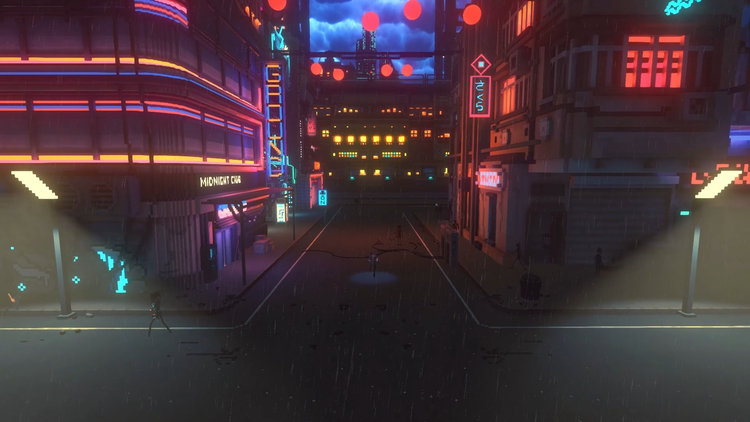 Merge Games has brought numerous titles to the Nintendo Switch, one of which was scored highly by Pure Nintendo. The latest title being published for the Nintendo Switch by Merge Games is Cloudpunk. Cloudpunk is a story-based video game with an emphasis on a futuristic open-world. The game is scheduled to be released later this year, but no exact date has been mentioned yet. 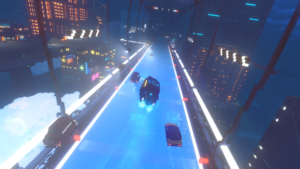 Manchester, UK – Feb. 13th, 2020 — Publisher Merge Games and Berlin-based studio ION LANDS invite you to cruise amongst the clouds in the neon-streaked skies of Cloudpunk when it releases later this year. Originally announced for PC, gaining a whopping 85,000 wishlists and counting, Merge and ION LANDS are now teaming up to bring the sprawling, story-based open-world game to Nintendo Switch, PlayStation 4, and Xbox One as well.

A stunning voxel graphics art style brings the open-world city of Nivalis to life as Cloudpunk delivers a vibrant, futuristic open world to live in and explore. From the underground nightclubs to the gardens in the sky, the title combines exploration with narrative to provide a compelling take on the cyberpunk genre.

Taking inspiration from other story-based titles such as Firewatch and Kentucky Route Zero, Cloudpunk is filled with characters to meet, alongside a multitude of stories to discover as you explore the neon-streaked world which finds inspiration from real places such as Shinjuku in Tokyo, as well as Hong Kong and Seoul.

Your name is Rania. This is your first night working for Cloudpunk, the semi-legal delivery company based in Nivalis. Explore dense, vertical landscapes that reach high into the clouds and deep down through the ocean waves below, as you meet characters ranging from Androids and AI to unscrupulous humans at every level of society.

Get ready to find out that no delivery job is too dangerous, and nobody is faster than a Cloudpunk driver when the game launches on consoles and PC this year!