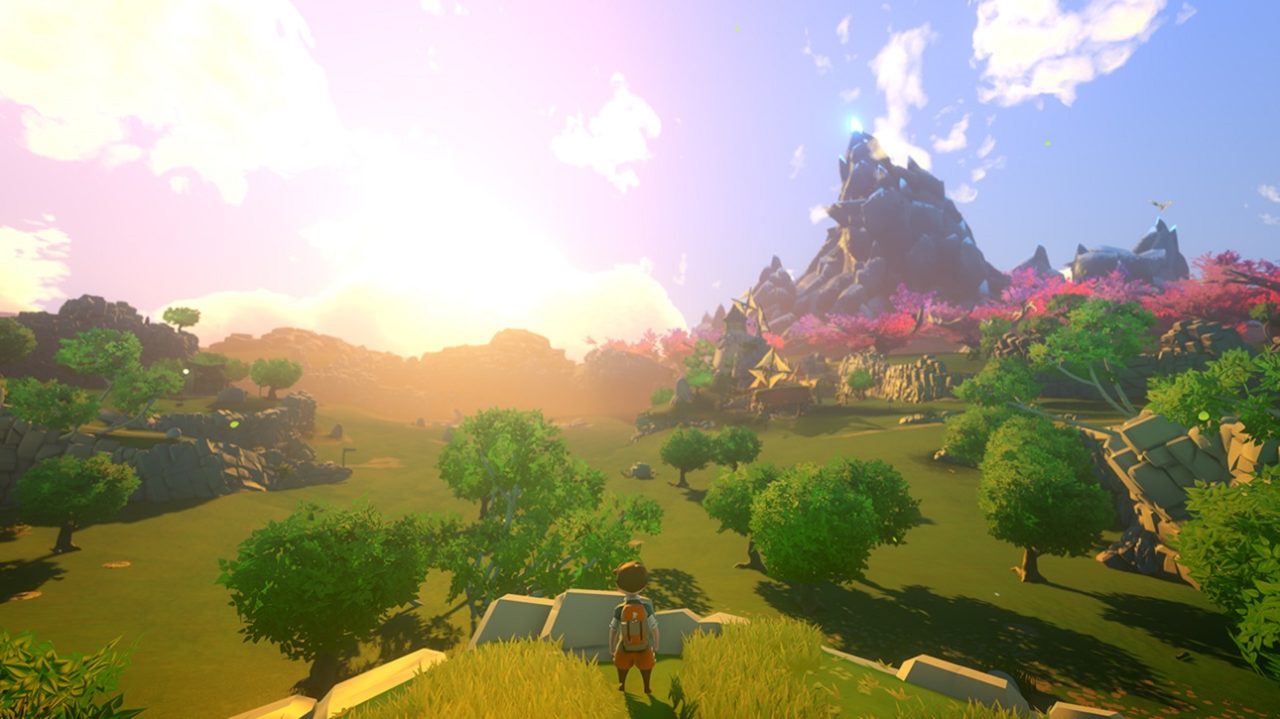 Yonder: The Cloud Catcher Chronicles is an open world adventure for the Nintendo Switch that raises an intriguing question; can a title like this succeed without any combat whatsoever? Having seen the end credits roll, I can say with confidence that the answer is yes. This game’s world is such that exploring it alone was more than enough to keep me entertained from start to finish.

The island kingdom of Gemea is where you find yourself, shipwrecked as a result of fog. You’re tasked by the island protector to clear murk spread throughout the eight specific, and beautiful, environments in the land. Sometimes cleared murk gives way to farm construction, where you can subsequently acquire items for trade much more easily from a wide variety of animal life and plants. Other times the murk blocks multiple paths, and you’ll need to be at varying levels of progress to clear each section. Water also serves as a blockage since your character cannot swim at all. Joining various island guilds will give you access to materials needed to construct bridges and other items. These elements combine to keep your main goals all in a row, yet its plain sailing to have a couple dozen side quests to choose from at any given time.

These side quests give the game a non-linear feel, and really promote exploring. Easily accessible, these can be viewed individually with reminders of what’s needed, if desired. Your compass can point you in the right direction for each across the good-sized map so you won’t get lost. Eventually, you’ll unlock travel shortcuts. The thrill of discovery means backtracking is rarely an issue at first, as there’s always new things to come across and collect. However, in the course of time, you might be wishing to unlock these shortcuts quicker.

Visually, Yonder impresses, with strong colors, and a very well-done draw distance. It uses effective devices like day and night cycles as well as weather to ensure some variety during your trek. I appreciate the option to adjust the bloom – I turned it down.  There’s a photo mode, new to the Switch version. I rarely used it on my initial playthrough, but I’ll probably check it out on subsequent ones to capture some key or magnificent scenes. There’s the occasional frame rate chug, but nothing game-breaking.

High-quality music chimes in and fades out at certain times. The soundtrack offers a nice mix of atmospheric relaxing tunes. I left the game running in the background while finalizing my review, and perked up every time some music broke out. I really wish you could unlock an in-game soundtrack upon beating the game, but perhaps this will be added in an update.

Yonder: The Cloud Catcher Chronicles does not disappoint. It’s a highly enjoyable and polished game, displaying a thoughtful approach to adventuring, an offering plenty to maintain interest. Even after beating it, I’m still playing to become a master in each towns guild and hit 100% completion. If you can hold out until June for the physical release, I’d suggest doing that. Kudos to Prideful Sloth; I’m quite excited to see their next Nintendo Switch release.

Yonder: The Cloud Catcher Chronicles does not disappoint. It’s a highly enjoyable and polished game, displaying a thoughtful approach to adventuring, an offering plenty to maintain interest.