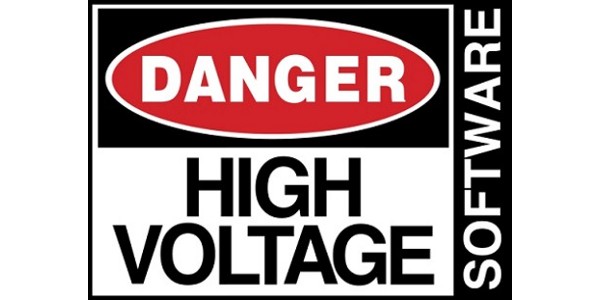 Conduit News to be Revealed Before 2013

According to a recent post in the forums at GameFAQs.com there could be more news regarding The Conduit sooner rather than later. A High Voltage Software employee posted the following in the forums under the alias ‘HVSBob’.

Recently I’ve been getting a lot of questions via private messages and other channels. While I often may not respond individually, I do try to read as much as I can, and I think the interest people still show in the company and our games is fantastic. I wanted to take some time to answer what I can.

Question: How is the company doing?
Answer: We’re doing great; thanks for asking! It’s been an ongoing process of transformation for us. We’re upgrading our software and hardware. More and more of us are moving to Windows 7 rigs with solid state drives, and our artists are enjoying newer versions of Autodesk and Adobe products. We’re putting a fresh coat of paint on things, literally, by repainting and re-carpeting the building’s interior.

Some of us are working summer vacations into our busy schedule of projects. And this Saturday, we’re taking part in the Midwest Game Developers Kickball Tournament in downtown Chicago. Go team Voltage!

Question: What’s the latest on current projects?
Answer: We have several projects very near completion, which we’ve been wrapping up and sending to our publishing partners for submission. Zone of the Enders: HD Collection has been a big one for us this year. I wasn’t involved personally with that one, but it’s been great to watch from afar. If you’re a fan of comedic point-and-click adventure games, you may be interested in Victorious: Taking the Lead. High Voltage has been developing the Wii version of this title, based on the Nickelodeon TV show starring Victoria Justice. Those who like a good shooting gallery can look out for Toy Story Mania, which High Voltage has been developing for Xbox 360 and PlayStation 3. In addition to traditional controllers, this game will also work with Kinect and Move, respectively.

Question: What about some original HVS games I’ve heard about, like The Grinder, Animales de la Muerte, and of course the Conduit series?
Answer: As usual, there are things we’re not ready to talk about. The games I just mentioned in the last answer, for instance, are public knowledge for those who know where to look. But you may be pleased to know our strategy moving forward calls for a greater proportion of original IP games.

I’m excited about the projects we’re working on now. I think they represent a new chapter for us: one that’s more forward-thinking than before.

Question: OMG I love Conduit so much!
Answer: That’s not a question, but thank you! And we haven’t forgotten about Conduit over here, either. I would expect some new Conduit-related news before the year is out.

P.S. In writing this post I just found out GameFAQ’s spell checker knows the word PlayStation but not the word Xbox. Weird!”

So as you see, it looks as if we may hear more about The Conduit before the end of the year.  There are a lot of little tidbits of information regarding other titles High Voltage Software is working on, including The Grinder and Animales de la Muerte.  The Grinder and Animales de la Muerte are two titles from High Voltage that I have personally been following and really hope they end up releasing.  I am kind of disappointed that this post skirts around the mention of these games but on the flipside I am also pleased to see that they have not been forgotten about.  So stay tuned for more information on The Conduit from High Voltage Software.