An awesome piece of gaming history could be yours with just a few simple clicks!

Last week we posted an interview about a previously lost SNES game, Socks the Cat. In collaboration with the protoype owner and publisher, we’ve started running a contest on our social media channels. This post is to make it even easier for PN fans to participate.

Like, Retweet, Share, Comment … there’s a cool reward up for grabs for those simply spreading word on the campaign, plus something even better for one potential backer … 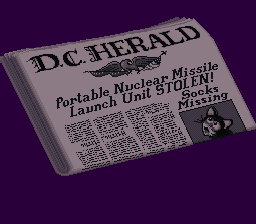 These rewards (as well as an upcoming spread in issue #32 of PNM) are dependent on the campaign being successful. At the time of this publication it is at 67% with 8 days remaining.