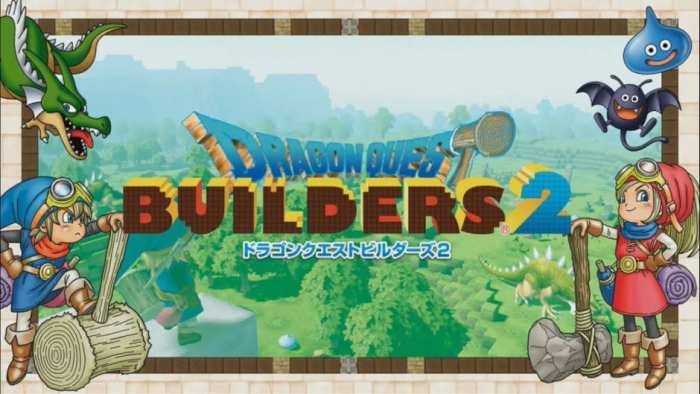 Dragon Quest Builders 2 is heading to the Nintendo Switch in just a few short months. If you’re an eager fan who doesn’t want to waste a second upon release, you can pre-order your digital copy right now from the eShop.

There’s an added incentive to pre-ordering besides saving time. Players who pre-order will also receive special in-game bonuses when the game launches on July 12.

Nintendo dropped more Dragon Quest Build 2 news on us today, providing us with details of the downloadable content heading to the game post-release.

A total of four DLC packs are planned, one free and three paid. The content will be rolled out over several weeks beginning July 26. The packs offer content like new locations, additional recipes, new quests and a variety of customizable options like clothes and hairstyles.

You can purchase any one of these packs separately or bundle it together in the Season Pass. Naturally this comes at a discounted price, setting you back $20.99. You’ll save about $5 this way. As with the pre-ordering, players purchasing the Season Pass will also be privy to certain in-game bonus items, though it’s not been revealed exactly what this entails just yet.

The sequel to Dragon Quest Builders combines RPG and crafting elements. Players gather materials to create everything, from weapons and buildings to entire towns. The game also supports both local and online co-op play, so you can gather up to four budding Builders to explore together.

Another nice little bonus for fans: anyone with save data from the original Switch game can craft the Legendary Builder’s outfit and the Dragonlord’s Throne.

Dragon Quest Builders 2 is heading to the Nintendo Switch eShop on July 12. Will you be pre-ordering the game? Let us know your reaction to this news below.