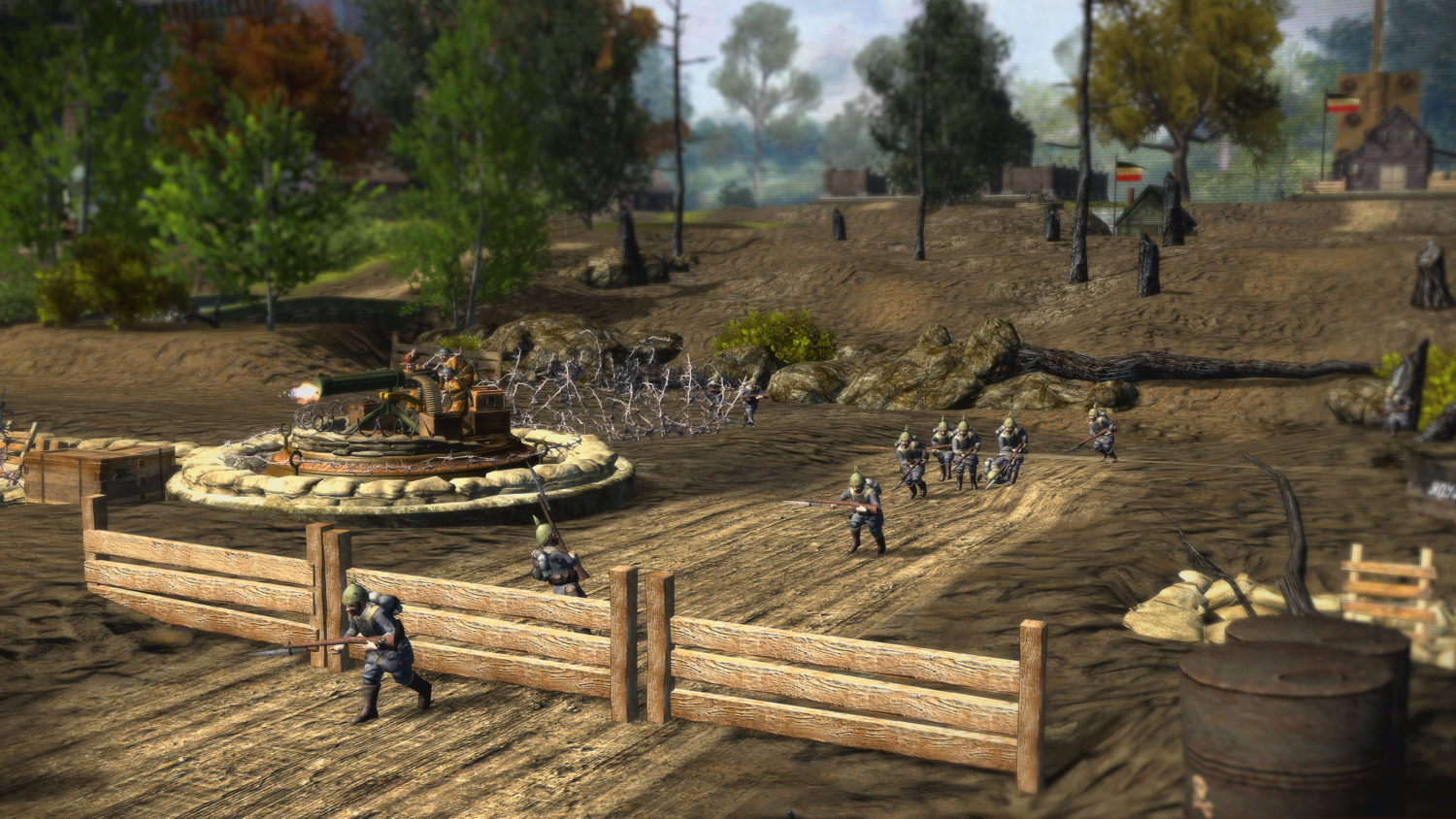 Once more unto the backyard sandbox.

Being a virtual event, E3 2021 didn’t really afford us much of an option to go hands-on with upcoming games. But that didn’t stop us from meeting with Signal Studios GM Brett Gow to learn more about the forthcoming tower defense game, Toy Soldiers HD.

Accelerate Games and Signal Studio announced Toy Soldiers HD back in May. This “overhauled and upgraded” version of the Xbox Live Arcade game from 2011 promises a new gaming experience for PC and consoles, and we were able to learn directly from Brett more of what that entails.

For those unfamiliar with the title, Toy Soldiers HD is a tower defense game in which…

…you strategically build your defenses while plotting your counter offensives. But unlike other tower defense games, Toy Soldiers HD gives you the ability to experience the battle from both top-down perspective and third-person perspective. Watch the action unfold or jump feet first into the boots of an infantryman and race across the battlefield dodging artillery while using a flamethrower to burn your enemies to a crisp. Mount your horse and charge the enemy head on with your cavalry. Pilot bombers and drop shells that pockmark the field below or strafe your opponent using biplanes. Go hands-on howitzers and mow down the enemy.

I was able to see a lot of this action ahead of our meeting, and the integration between the top-down perspective and arcade-like action is exceptionally tight. You can seamlessly jump from strategy and resource management to first-person combat, becoming a tank commander, soldier, turret crewman, or even a pilot. 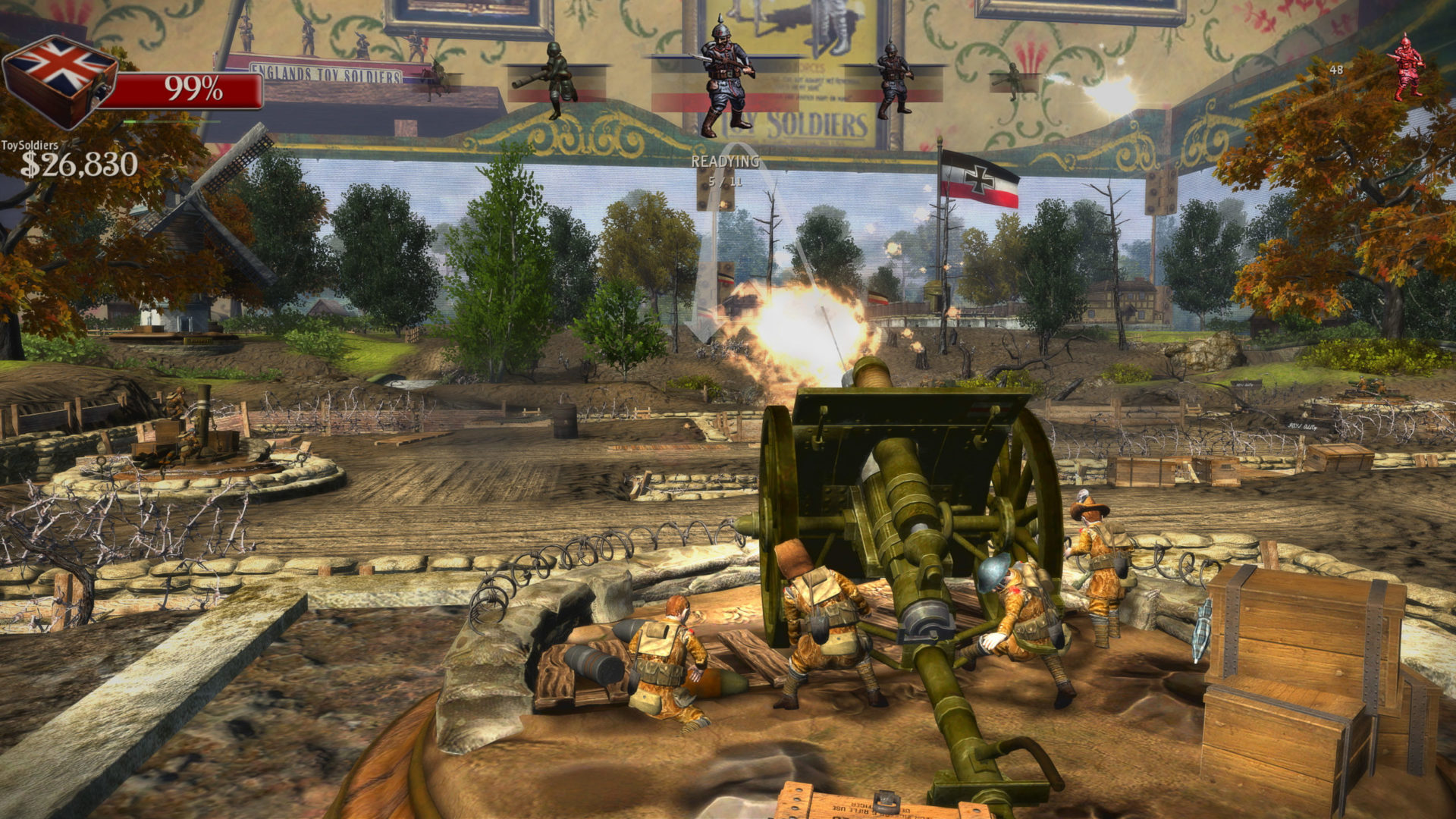 The variety of roles you can play should certainly keep things interesting across 30+ hours of gameplay on your first play-through.

Of course, there’s plenty to do after that. Each of the game’s original campaign levels includes a survival mode, and there are numerous achievements to unlock and difficulty levels to beat. There are also 9 competitive multiplayer levels available for private or quick matches.

Toy Soldier’s original DLC is now built into the campaign mode, but there are also three all new (somewhat longer) levels added to this release (including one that focuses on dogfighting), as well as three experimental levels. These offer players more freedom in how they can set up their defenses, as opposed to only taking advantage of preset points on the battlefield. 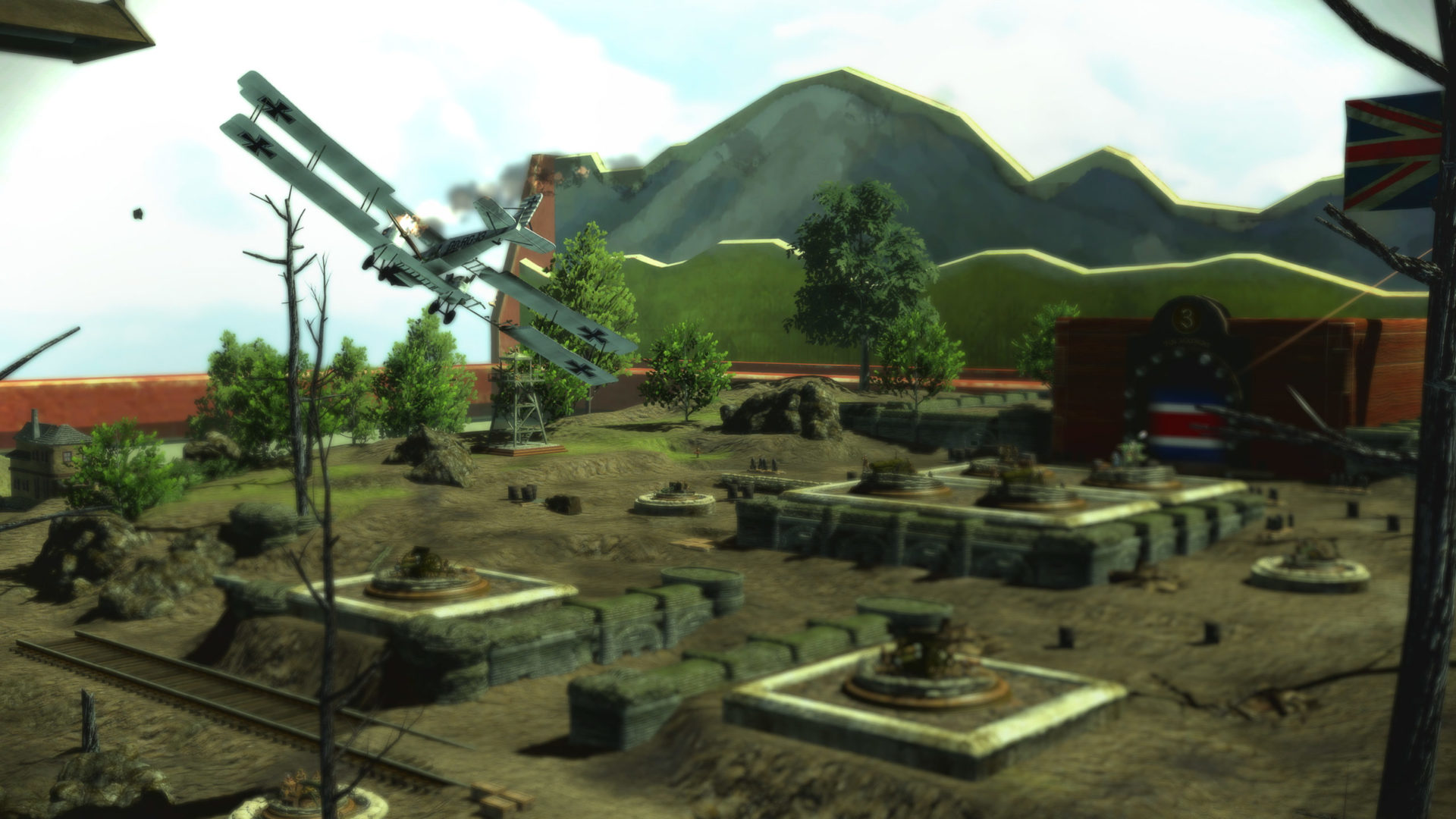 Brett’s enthusiasm for the game was consistently apparent throughout our conversation. When I asked him what he’s most excited about delivering to players of this HD remake, he said he’s happiest about the changes that take advantage of today’s more power gaming systems; specifically, the amount of variety and action they were able to add. No worries about Switch performance issues, however; Brett previously worked at Nintendo of America, and it was very important that Signal Studios provides a quality experience for Nintendo gamers. This includes those who prefer to play in the Switch’s handheld mode. 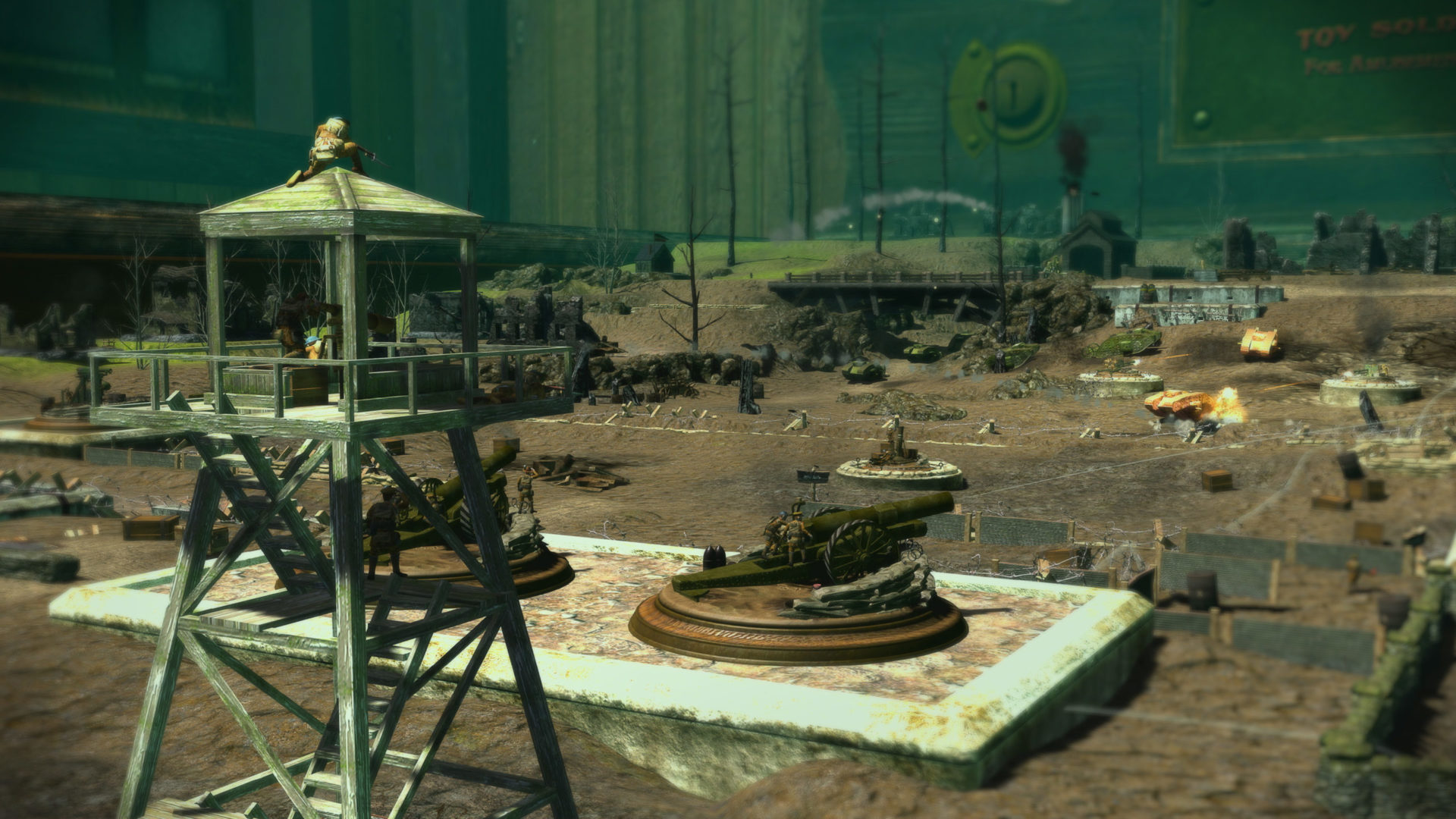 If my experience with the game is any indication, the action and attitude of Toy Soldiers HD looks to be a great fit for Nintendo gamers. The game will be released for the Nintendo Switch (the first time on a Nintendo system) and other platforms this August. For more information, visit accelerategames.com.