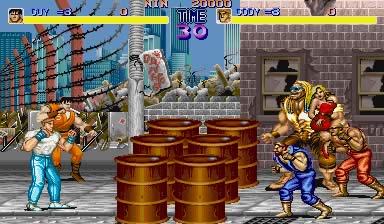 Cubed3 is reporting that the following VC titles have now received ratings and should release soon:

It has been discovered on the OFLC ratings site that NES Open Tournament Golf (NES), Mach Rider (NES), Final Fight (SNES), Actraiser (SNES), Alien Storm (ND) and Wonder Boy in Monster World (MD) have all been recently rated, which in the past has meant Virtual Console appearances shortly after in Australia.

These titles are from the PAL rating system, but this is a good indication of what we in the Americas can expect down the road.  Can’t wait for Final Fight and Actraiser!