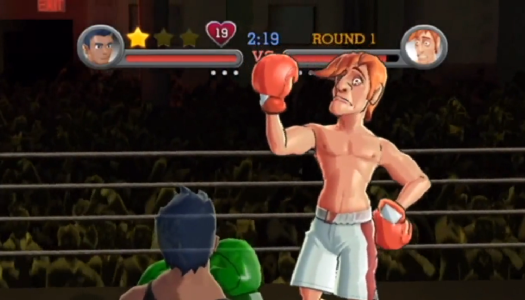 By James Higginbotham  •  Wii, Wii U

During yesterday’s Nintendo Direct the big news, at least for me, was the announcement on Wii games coming to the Wii U eShop. During the North American Direct Nintendo announced three games for …
END_OF_DOCUMENT_TOKEN_TO_BE_REPLACED

I’ve had this retro review done for a while, and with Mega Man’s other Game Boy games releasing shortly I thought I best finally post it.  Mega Man’s first GB …
END_OF_DOCUMENT_TOKEN_TO_BE_REPLACED

Just wanted to point something out from this podcast. In the question section of the podcast, Mat stats that the Nintendo conference later this week will probably be embargoed until next week.

– Nikkei spilled the beans on the potential of a future Nintendo DS
– Rumors have always been out there, but Nikkei is like the Wall Street Journal of Japan, so when they say something, you kind of listen.
– Updated version of Nintendo DS, adding a second touch screen, bigger screens SD card and mp3 support. Suggested faster Wi-Fi and alluded that Nintendo wants to have more connectivity like Safeco Field
– Also saying there’s a camera, Craig says the camera could also be used at the Wii’s i-Toy.
– Another theory from Craig: Save files off the Wii to the DS -> Wii’s storage solution. Bozon also thinks they’ll open up the SD card, like what Vicarious has been doing.
– Backward compatibility could be a problem with bigger screens

END_OF_DOCUMENT_TOKEN_TO_BE_REPLACED

Mega Man 9
– Debate was going on about what score the graphics should get
– Matt thinks the graphics are outdated and kind of ugly, but it doesn’t affect the gameplay
– Craig/Bozon say it’s not a bad looking game, just a step back in technology
– Daemon doesn’t think the graphics are bad either
– Graphics score given was a 3
– In the swing of things, the whole breakdown doesn’t affect the scores as much as people think they do
– Talk about how cool the Mega Man 9 press kit is

END_OF_DOCUMENT_TOKEN_TO_BE_REPLACED

SINGAPORE – September 16, 2008 – The organizers of the GC Asia Conference (GCAC), today announced that Michael de Plater of Ubisoft Shanghai will round out this years conference with its keynote focusing on, “The Whole Equation – The Creation of New IPs.” In addition to the keynote, GCAC announced a top-notch line-up of over 70 renowned speakers, addressing key industry topics in over 50 sessions.

Mr. de Plater’s keynote will explore the effects of the role of creativity in game development utilizing lessons learned from the experience of developing Total War, an original PC franchise created by an independent UK studio versus Tom Clancy’s: EndWar which is a first party game with a major license, developed by Ubisoft Shanghai for multiple console platforms. He will also answer the question, “In the era of games for everyone and new platforms like the iPhone, how can AAA licensed, blockbuster projects empower creativity for developers and make bigger profits for publishers?”

END_OF_DOCUMENT_TOKEN_TO_BE_REPLACED 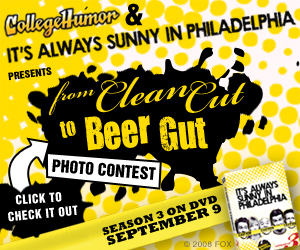 Wahooo, the wiikend is here!! What games are you planning on playing this wiikend? Me I am going to start playing through Wind Waker for the 3rd …
END_OF_DOCUMENT_TOKEN_TO_BE_REPLACED

END_OF_DOCUMENT_TOKEN_TO_BE_REPLACED

Top VC, WiiWare Of The Week 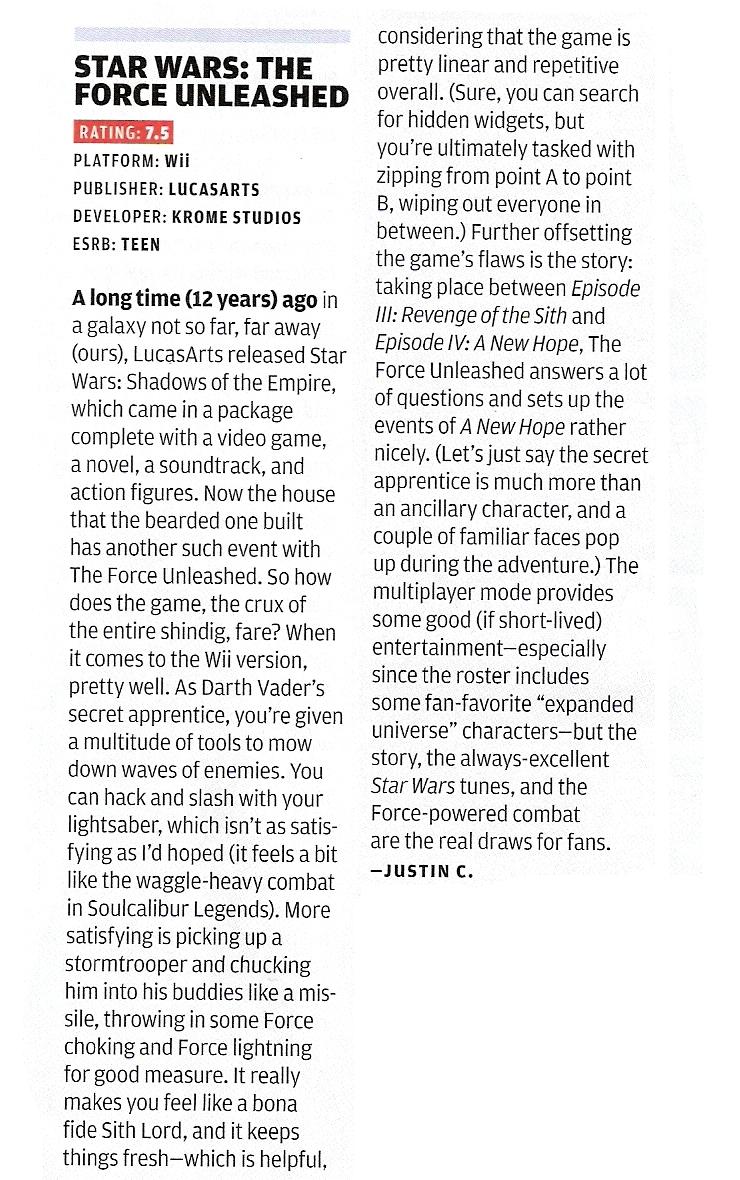 Thanks David thanks for the tip!!

END_OF_DOCUMENT_TOKEN_TO_BE_REPLACED

Mario Super Sluggers
– The more you play it, the more you enjoy it – Bozon
– A lot of waggle
– With nunchuck you can aim, becomes a little more fun
– Arcade baseball, fun

– IGN exclusives planned throughout the week

NPD Data
– Nintendo still on top
– Crazy numbers since July wasn’t a huge month for Nintendo
– Bozon says that third-party games ARE selling on Wii, he had the numbers right in front of him
– Upward trend with sequels (Madden, Guitar Hero)
– Matt says there are a lot of misconceptions about sales numbers on Wii
– Tiger Woods selling best on Wii

– Some talk about Metroid Prime 3, Matt praises its graphics highly – Says art the best on Wii. Galaxy has better tech.
– Bozon thinks he likes Metroid out of the big 3, Matt still sticks by Mario Galaxy – loves music, looks good on the new screen in the IGN demo room

END_OF_DOCUMENT_TOKEN_TO_BE_REPLACED

This is taken from the blog of Mega Man 9 producer Hironobu Takeshita:

Hironobu Takeshita here, producer of Mega Man 9. I’d like to take advantage of this …
END_OF_DOCUMENT_TOKEN_TO_BE_REPLACED

Aug. 18, 2008 – Fans of ’80s platforming action have something to shout about this week-namely, the Virtual Console? debut of a true classic: Mega Man?. Whether you’re experiencing this …
END_OF_DOCUMENT_TOKEN_TO_BE_REPLACED