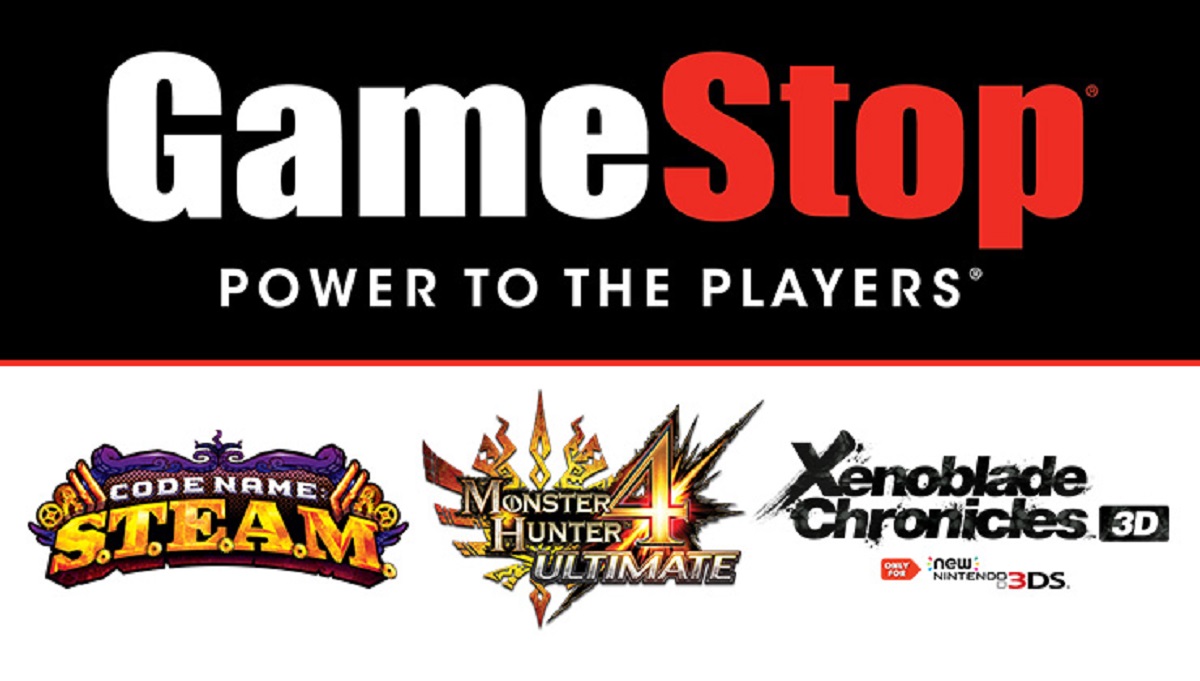 On April 11, select GameStop locations, spread across the U.S, will be hosting a demo event which aims to feature three Nintendo 3DS titles. Code Name S.T.E.A.M, Monster Hunter 4 Ultimate and Xenoblade Chronicles 3D will be playable between the hours of 1-4pm (local time) and will be playable on a New Nintendo 3DS XL, which is a requirement in order to run Monolith Soft’s, Xenoblade Chronicles 3D.

Code Name S.T.E.A.M is a tactical RPG that places the gamer in an elite group of solders who must take out an alien menace. Code Name S.T.E.A.M launched on March 13 and was developed by Intelligent Systems, who is also known for their work in the Fire Emblem series.

If you would like to find a participating GameStop location near you, feel free to click here.