Google are about to officially reveal their latest smartphone – literally in the next two and a half hours – and made a glorious Majora’s Mask reference on their YouTube channel in the countdown to their livestream event. 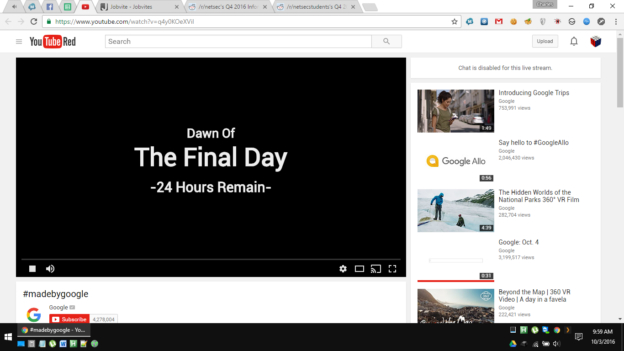 The statement is clearly in reference to the quirky N64 (and, more recently, 3DS) game, The Legend of Zelda: Majora’s Mask, which features a countdown each day for three days as Link strives to save Termina.

Whilst the reference is most likely nothing but a loving homage, the interwebs have come up with some fun and interesting conspiracy theories. The two wildest rumors speculate that the event will reveal either:

Interesting theories of course, but the fact remains that someone at Google was having fun with this channel 20-odd hours ago. And is a huge Zelda fan, obviously.

Let us know your own conspiracy theories in the comments section. Will you be tuning in to the Google event to see if any of those wild dreams come true?