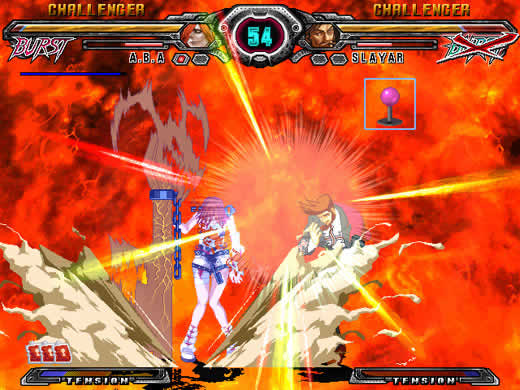 We reported a while back that Guilty Gear XX Accent Core was coming to the Wii and PS2, and now we have an official announcement including details about the game:

Torrance, CA (June 22, 2007) – The newest incarnation of the popular fighting game franchise, Guilty Gear XX Accent Core, comes to the PlayStation®2 and Wii, courtesy of Aksys Games, a publisher of interactive entertainment products. Developed by Arc System Works, this latest iteration returns with its trademark high-resolution graphics along with an entirely retuned fighting system, new stages, new characters, graphics, voices and the ability to create matches between old and new characters in the Generations Mode.

“Accent Core is definitely a game for the elite fighting game connoisseur, with its wickedly fast, technique oriented gameplay,” said Michael Manzanares, Producer, Aksys Games. “Guilty Gear veterans will definitely enjoy finding out all the intricacies of their favorite characters and mastering all the new gameplay enhancements and systems.”