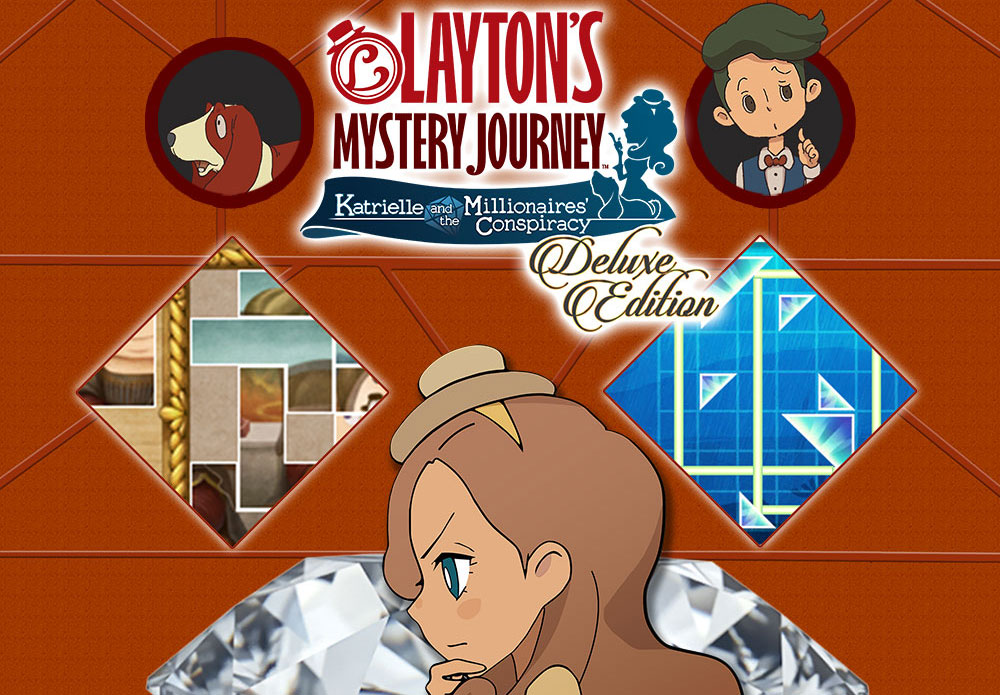 Remember Professor Layton? Chances are, you played one of the many entries over the years. Perhaps you were even saddened when he retired with 2013’s Professor Layton and the Azran Legacy. But Layton’s own legacy lives on through his daughter. And the Nintendo Switch will soon experience a Layton title for the first time (outside of Japan).

That’s right, Layton’s Mystery Journey: Katrielle and the Millionaires’ Conspiracy – Deluxe Edition will bring its mysterious story and challenging puzzles to the Nintendo Switch on November 8.

This entry in the series actually does involve the famous Professor Hershel Layton, in a sense. It seems that he’s gone missing and it’s up to his daughter, Katrielle. to take center stage. Katrielle is a smart and spirited young lady with a knack for arriving at the truth in spite of paltry evidence. Naturally, she’s accompanied by a colorful cast of characters, including a young student named Ernest Greeves who acts as her assistant, and Sherl, a talking dog who begins as a client before quickly becoming her sidekick.

This new Deluxe Edition of the game offers more than 40 brand-new puzzles, with some puzzles from the original Nintendo 3DS version of the game also refined. The title also features an improved screen layout, enhanced graphics, more than 50 new outfits and all previously released DLC. And because it’s on Nintendo Switch, Katrielle and the Millionaires’ Conspiracy – Deluxe Edition marks the first time the series can be played at home on a TV.

Are you excited to play Layton’s special brand of puzzles on your Nintendo Switch? Let us know if you’ll be picking this one up when it releases in November.