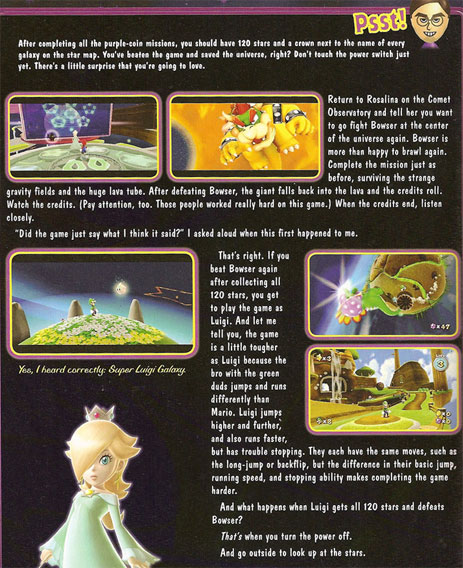 A recent scan of a Mario Galaxy Player’s Guide has revealed a secret character who is playable at the end of the game.  I don’t want to spoil it for you, but click the following link if you want to know:

Luigi is confirmed to be playable at the end of the game!  You have to collect 120 stars, complete all of the purple coin missions, and beat Bowser a second time!

The scan of a Super Mario Galaxy player’s guide suggests he jumps higher and much further, runs faster, but has trouble stopping. Both brothers have the same moves.

This is absolutely amazing news!!  I actually got my first hands-on with the game tonight and I have to say, it’s going to be the best Wii game for a long, long time!