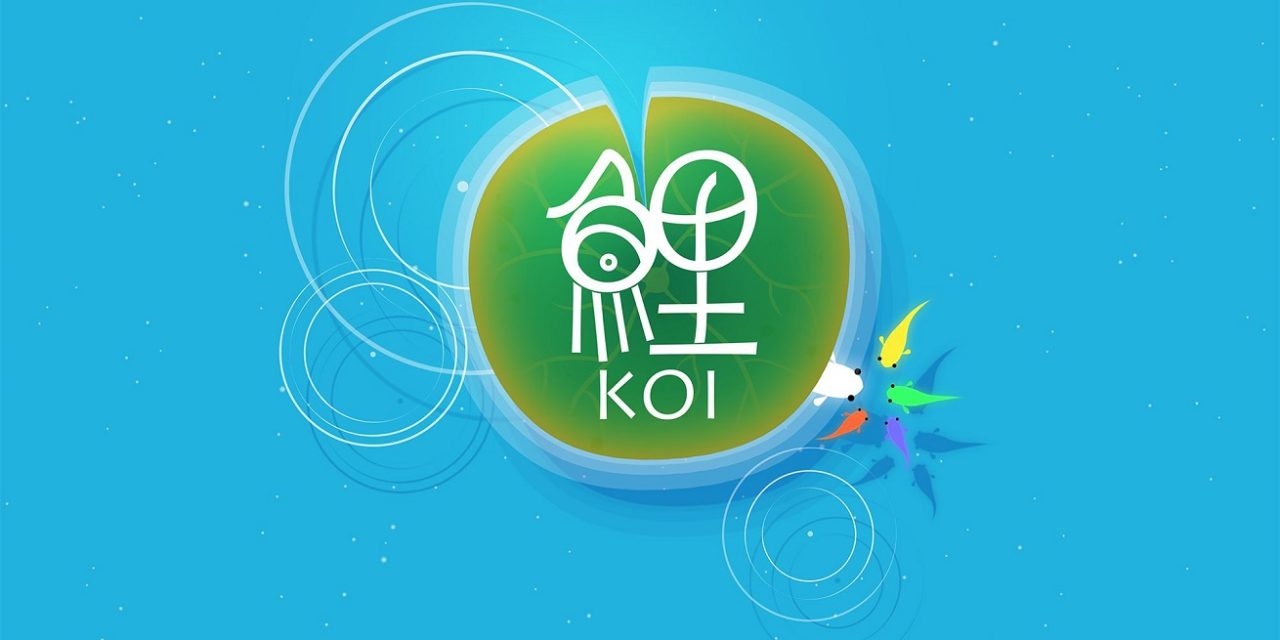 This review was written by PN contributor, Kirac.

Koi DX is a short story about the travel of a koi fish with an environmental message at its core. It has very simple controls with your main objective to collect various colored koi and bring them to the flower with their color. This causes the flower to bloom, which purifies polluted big fish and removes barriers.

Obstacles will stand in your way as you progress, such as the polluted big fish and sparking electrical wires. As you go through the levels, explore to look for stars, but especially look for the four puzzle pieces, because if you collect them a panel will be revealed with a part of the main story. You can also unlock a few different colors for your koi by completing objectives.

One of the strong points in this game is the graphics, which are two-dimensional, beautifully simplistic in design, bright and colorful. The music is also a plus, bringing in a strong sense of atmosphere, whether it be happiness, tranquility or uneasiness. I also liked how the fish swim and the few puzzles.

Despite its strong suits, I found the story’s narrative vague, with an anticlimactic ending. I would blame this on the game’s length, but even that doesn’t explain why it wasn’t condensed with a clear plot. Another problem is the explosive sound effects, especially when put against the calmer music. This is most noticeable when you get hit by polluted fish or electrical wires. It was so jarring I found myself turning the sound down when I was about to be hit to avoid being startled.

Overall, as much as I love the visuals, atmosphere, and soundtrack, $3.99 is not worth what you are getting, because it feels more like a demo than a game.