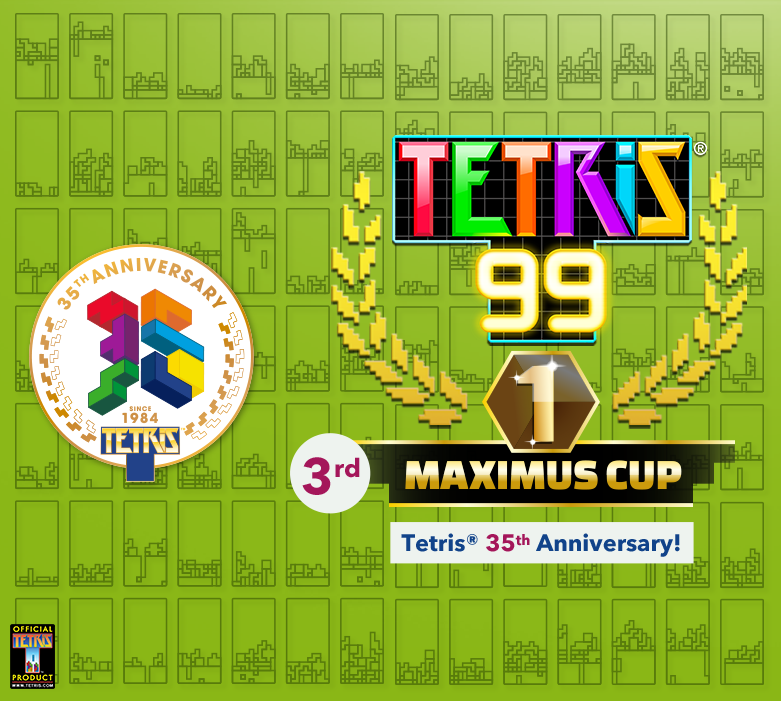 Nintendo has announced a new way to play Tetris 99, with fresh DLC bringing offline play modes. The extra practise should come in handy when preparing for the next MAXIMUS CUP online event happening soon.

Starting today, players can purchase the Big Block DLC, which offers two new offline modes. As an added bonus, the purchase of this DLC will also include any future modes for free.

The first two modes to come our way are:

No further information is available regarding future modes just yet, but we’ll be sure to let you know once they’re available. Check out the Big block DLC trailer below.

The benefit of this DLC is that players without a Nintendo Switch Online membership can now play Tetris 99 too,just by purchasing the Big Block DLC. to play online, you’ll still need the online membership of course.

As part of this update, Nintendo also announced the 3rd MAXIMUS CUP. Starting on May 17, the next MAXIMUS CUP online event will be available for all players with a Nintendo Switch Online membership. This free event awards points for each match played during the event period, even if they don’t come in first place.

The Cup starts at 12 am PT on May 17, running through to 11:59 pm PT on May 19. Any participants who earn 100 event points during the three-day period will unlock an in-game theme inspired by the original Game Boy version of Tetris.

The Tetris 99 Big Block DLC is available now on the Switch eShop for $9.99.